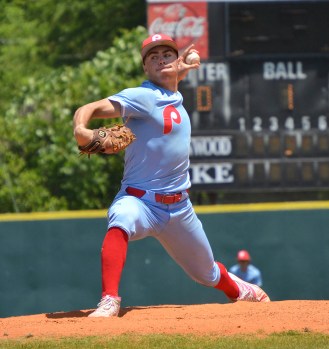 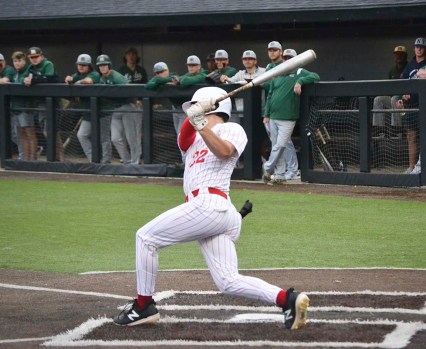 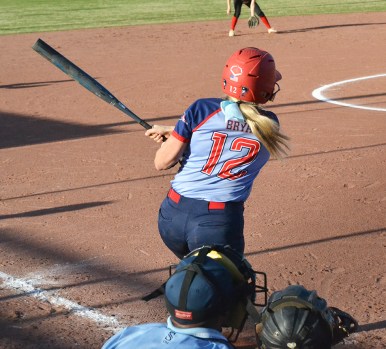 Catcher Emily Bryan was named to the AISA All Star Team. (Photo by Josh Boutwell) 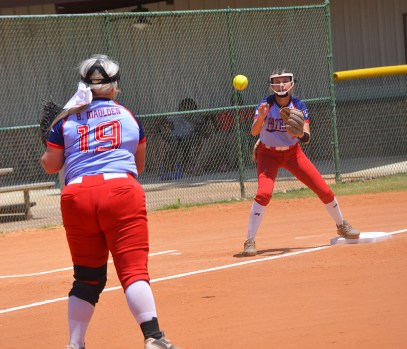 Both Bella Maulden, left, and Ally Rushing, right, were named all stars. (Photo by Josh Boutwell)

A number of Pike Liberal Arts senior baseball and softball players have been selected as AISA All-Stars.

Baseball players Drew Nelson and Cason Eubanks were selected for the AISA Baseball All-Star Game on June 6, while softball players Ally Rushing, Emily Bryan and Bella Maulden were also selected as AISA All-Stars. Unfortunately, due to AISA and AHSAA rules regarding Pike’s move over to the AHSAA next season, Maulden and Bryan will not be eligible to play in the All-Star Game on June 7, due to being underclassmen, but Rushing will be able to play.

On the season, Nelson pitched a total of 49 innings and struck out 106 batters, while giving up just 18 hits and seven earned runs all season. The Auburn commit boasted a 1.29 ERA, while he earned a .500 batting average with five home runs, eight triples, seven doubles, 36 RBIs and 29 runs scored. Eubanks boasted a .451 batting average with three home runs, seven doubles, two triples, 23 stolen bases, 28 RBIs and 46 runs. He was also walked 25 times. Eubanks will continue his baseball career at Georgia Southern University.

Following Rushing’s appearance in the All-Star Game she will attend Shelton State Community College to continue her softball career.