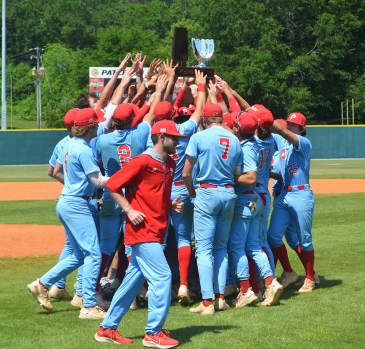 Pike Lib won yet another state championship this season in baseball. (Photo by Josh Boutwell) 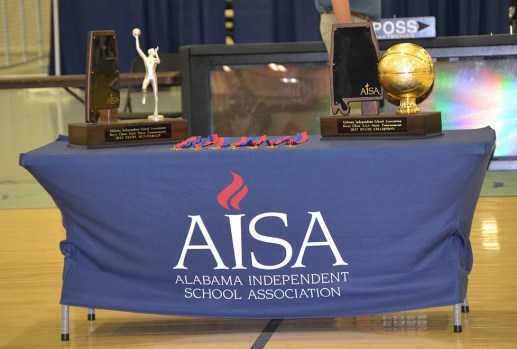 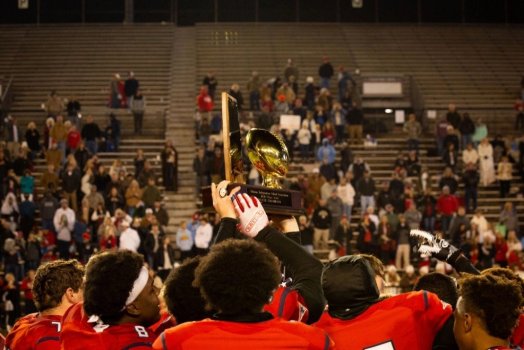 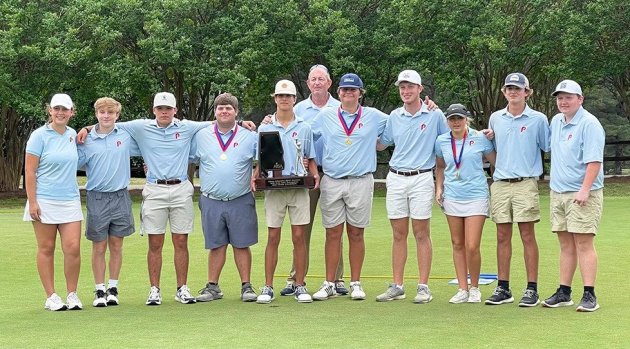 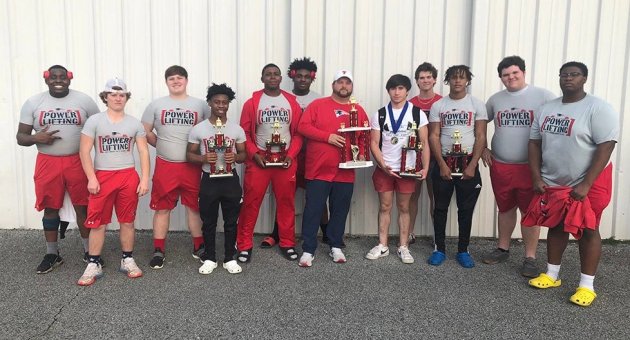 The Patriots are only the fourth school in Alabama high school history to accomplish the rare “Triple Crown.” Madison Academy is the only team in the larger Alabama High School Athletic Association (AHSAA) to win state championships in all three major boys sports in the same academic year (2014-2015).

PLAS is the first school in the AISA’s largest athletic classification (AAA) to accomplish this feat, which it has now done in back-to-back academic years.

Pike also pulled off a “four-peat” in baseball as it had won the previous three state titles in the sport. The school very well could have won five consecutive baseball titles; however, the 2020 baseball season was never finished due to COVID (PLAS would have been a prohibitive favorite to win that title). Pike also won state championships in golf and powerlifting during the 2022 season.

While three schools have won the boys’ “triple crown” in AISA sports, only one school – Madison Academy – has pulled off the feat in the much larger Alabama High School Athletic Association (AHSAA). Madison Academy won state titles in football, basketball and baseball in the

What’s more amazing is that Madison could have easily done the same thing the year before. In the 2013-2014 school term, Madison Academy won state titles in football and baseball, missing out on the “triple crown” due only to a 43-40 loss to Barbour County in the semi-final round in basketball.

But Madison would have almost certainly been a lock to win that state championship except for terrible injury luck. The 3A Mustangs lost their best two players to injuries before the post-season began. One of those players was sophomore sensation Joshua Langford, a 5-star recruit and recently a starter at Michigan State, and Kerryon Johnson, an excellent basketball player better known as a standout running back for Auburn and recently with the Detroit Lions.

Pike’s Trophy Case was bare … and then filled up rapidly ….

From the AISA’s creation in 1970 through 2008 (38 years), Pike Liberal Arts School did not win a single state title in any of the three major boys sports. In the past two academic years alone, the Troy school added eight state titles to its trophy case. (Pike will be joining the AHSAA beginning with this fall’s football season).

The school has now claimed 11 state titles since the 2009-2010 academic year ( four in football, five in baseball,  two in basketball) in the three major boys sports. Pike also won state championships in powerlifting and golf this season.

For context, a typical class at PLAS has between 30 to 40 students, of whom about half would be males. In other words, the vast majority of male students who attended or are still attending the school have been members of at least one state championship sports team.

The king of kings in AISA sports ….

What AISA school dominated the boys sports world more than any other for an extended period of time? Edgewood Academy of Millbrook … by a country mile.

That is, of the 24 state championship trophies the AISA awarded in these eight academic years, teams from Edgewood won 14 (58.3 percent). If one counts only the sports of football and baseball, Edgewood won 13 of 16 possible state titles from 2009 through 2016.

PLAS: 11 (5 in baseball, 4 in football, 2 in basketball) *NOTE: Pike also won state championships in golf and powerlifting in 2022*

What schools have had the greatest success in the major AISA boys sports for extended periods of time. The following research provides some answers …

Excellence through the decades ….

Most State Titles by Sport – Through Spring 2021 (except PLAS)

All research by Bill Rice, Jr. Any errors are his alone and are unintentional. Rice is a freelance journalist in Troy. He can be reached by email at: wjricejunior@gmail.com.