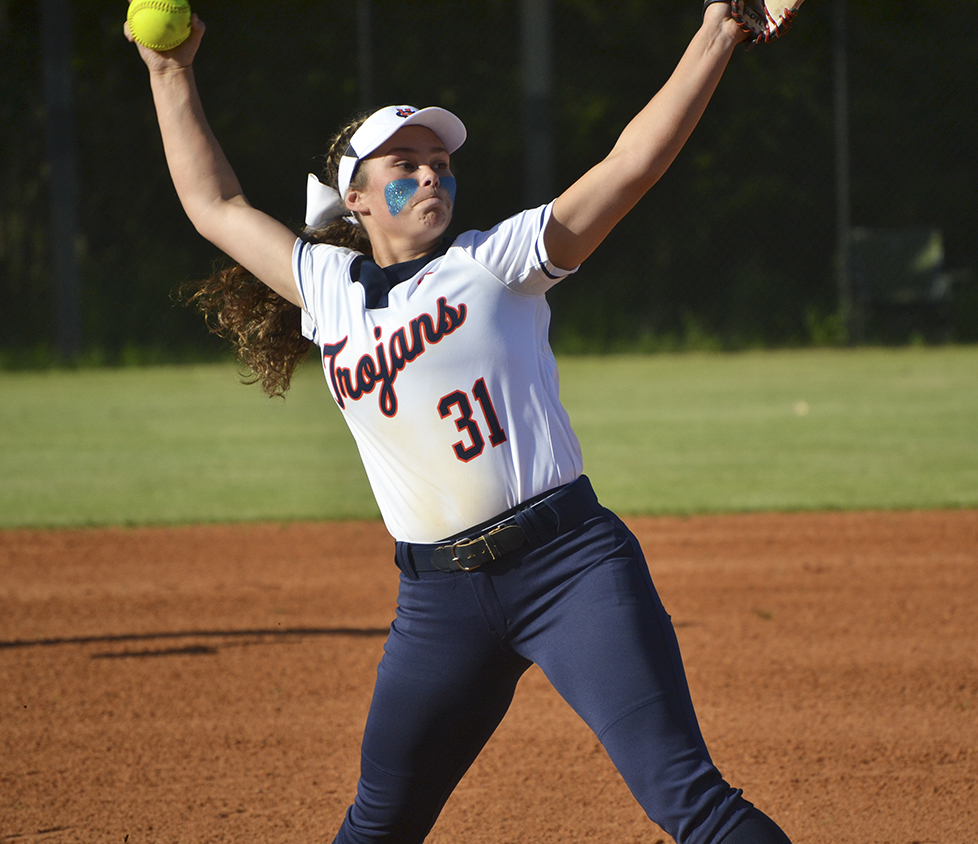 The Charles Henderson Lady Trojans are still alive in the Class 5A South Regional Softball Tournament after dominating the St. Paul’s Episcopal Lady Saints by a score of 12-2 in an elimination game on Thursday.

Charles Henderson and St. Paul’s both needed a win to survive in the double elimination tournament. CHHS jumped out to a 1-0 lead in the first inning and never trailed in the game. McKenzie Cain got the Lady Trojans off to a hot start with a solo home run in the first inning.

In the second inning, CHHS extended the lead further when Cain hit a 2-RBI single into right field that drove both Heather Maxwell and Jada Jones home. St. Paul’s, though, did manage to cut the lead to 3-2 with a pair of runs in the bottom of the second inning.

The scored remained the same until Cain scored on a wild pitch in the bottom of the fifth inning, stretching the Lady Trojan lead to 4-2. Then, in the sixth inning, CHHS broke the game open.

Cain struck again when she drove Madison Allen, Jones and Maxwell all home with a double into center field and then Madison Stewart drove Cain home with a line drive single into left field to extend the Lady Trojan lead to 8-2. Stewart scored on a wild pitch before Molly Garrett hit a triple into right field to drive Stella Gilbreath home to put CHHS up 10-2. Next, both Dakota Berry and Hannah Sparrow scored on an error, stretching the lead to 12-2 to secure the win.

Cain had a huge day at the plate, going a perfect 4-for-4 with a home run, two stolen bases, six RBIs and three runs. Gilbreath pitched all six innings and gave up three hits and no earned runs in the win.

Charles Henderson’s win sets the Lady Trojans up for a rematch with Andalusia later today after the Lady Bulldogs beat Carroll in another elimination game. CHHS and Andalusia battled it out in the Class 5A, Area 4 Championship back on May 3, which Andalusia won.