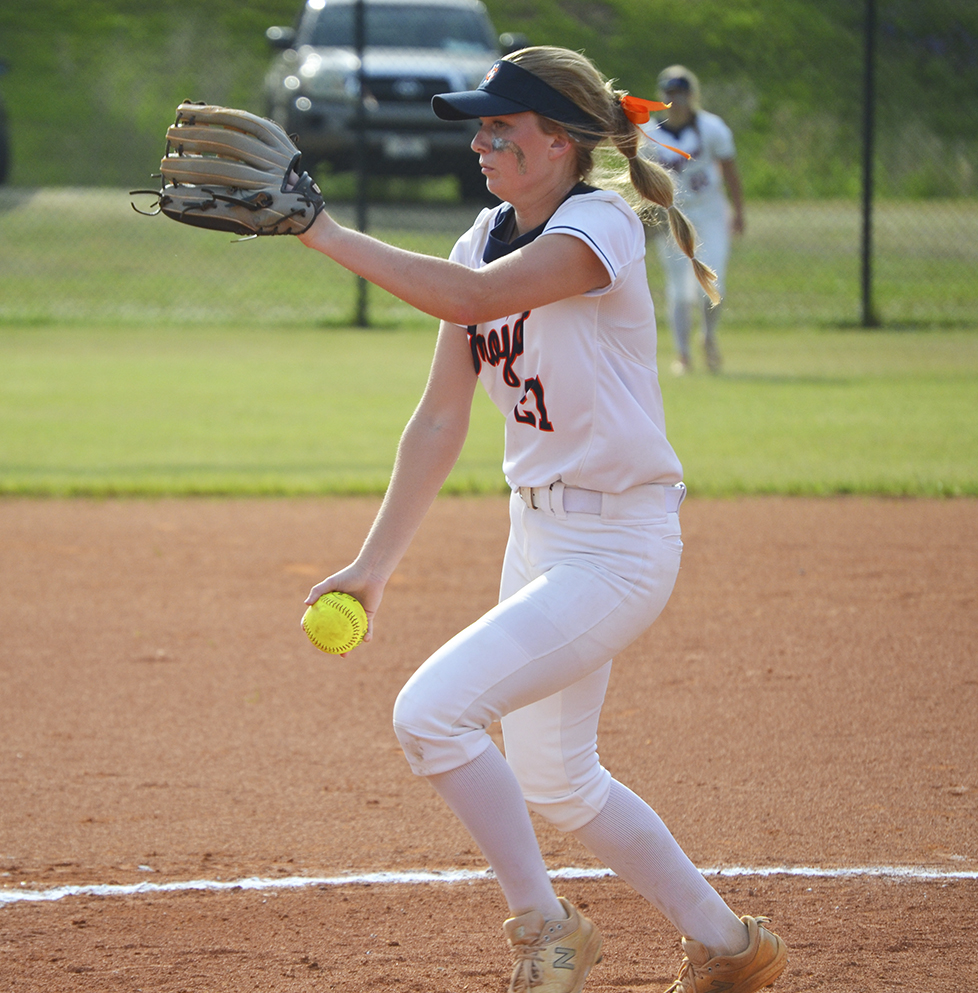 Hannah Sparrow and the Lady Trojans were eliminated by Andalusia in the regional tournament. (Photo by Josh Boutwell)

The Charles Henderson Lady Trojans were eliminated from the Class 5A South Regional Softball Tournament on Thursday, falling to Andalusia by a score of 5-4.

The Lady Trojans fell behind 5-0 going into the third inning before rallying in the fifth. Stella Gilbreath started the scoring barrage off with an RBI single that drove McKenzie Cain home and then Molly Garrett’s line drive single drove Madison Stewart home to cut the lead to 5-2. Hannah Sparrow hit a ground ball single of her own to drive both Gilbreath and Sparrow home and cut the Andalusia lead to just one run.

Unfortunately for the Lady Trojans, Andalusia managed to hold CHHS scoreless for the rest of the game and hold on to the slim 5-4 win. In the loss, Garrett went 3-for-4 at the plate with an RBI and a run, while Cain and Stewart both went 2-for-4 with a run. Sparrow went 2-for-3 with two RBIs, as well. Sparrow pitched all seven innings and fanned five batters, while giving up six hits and just one earned run. CHHS had three errors as a team.

The loss eliminates Charles Henderson from the regional tournament and puts an end to their season.