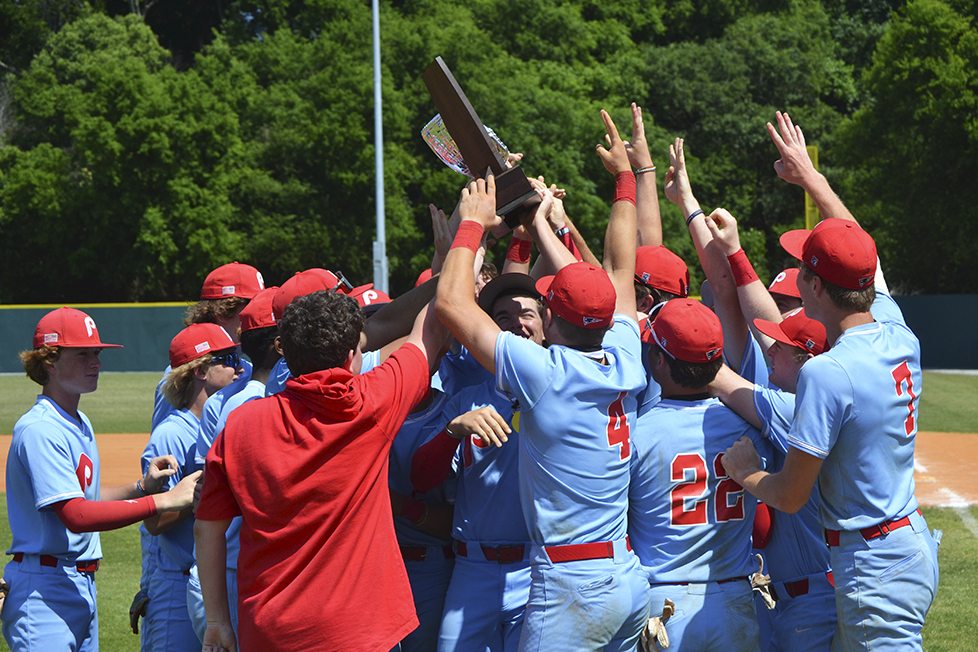 In the final AISA game that a Pike Liberal Arts Patriots team will ever play in, the Patriots captured their fourth straight Class AAA State Baseball Championship with a sweep of the Glenwood Gators on Wednesday in Montgomery.

As has been the case all year, dominant pitching carried Pike threw the state championship series with Press Jefcoat pitching a shutout in game one along with striking out 10 batters and giving up just four hits in Pike’s 1-0 win. It was a true pitching duel as Glenwood’s Brandon McCraine struck out six Patriot batters and allowed just six hits and one earned run. The lone run in the game came when Skylar Kidd drove home Cason Eubanks in the third inning. KC Bradford went 2-for-3 at the plate in game one, while Eubanks went 2-for-4 with a run.

Drew Nelson took the mound in game two and was as dominant as ever, mowing down 15 batters and giving up just two hits and no earned runs as the Patriots won 6-1 to earn the sweep. It was only fitting that the third out in the seventh inning was a strikeout from Nelson just before the entire Pike team rushed him and dog piled in celebration on the mound.

“Drew Nelson is the best player to wear a Pike jersey,” Pike baseball coach Rush Hixon flatly said. “He’s incredible and his work ethic is incredible. What you see in practice is exactly what you see out there (in a game). I couldn’t be more proud that he was the last guy on the mound to embrace that dog pile.

“Pitching has carried us all year. (Nelson) and (Press Jefcoat) are as good as Pike has ever had (at pitcher). They’ve done it all year and they carried us. We knew that great pitching is what we do and they saved their best stuff for last.”

Pike’s offensive production in game two came from a bit of a surprising source as sophomore Payne Jefcoat went 3-for-3 at the plate with an RBI and two runs. He was the only Patriot in the deciding game to earn more than one hit. 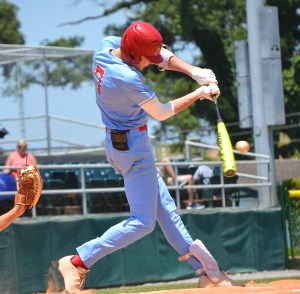 “It’s funny, about a month ago Payne started hitting well in our inter-squads in practice, so we put him in the lineup and he tore it up,” Hixon said. “He struggled in the first game a little but came back in the second game and was able to get some offense in and had some big swings for us. I’m really proud of him but his preparation allowed him to do that.”

Pike will enter Class 2A in the Alabama High School Athletic Association (AHSAA) next season and will do so after having captured state championships in the AISA in all three major boy’s sports – basketball, baseball and football – during the 2021-2022 school year.

“It feels awesome,” Hixon said of Pike leaving the AISA on top. “The goal never changes and the standards stay the same. Next year we’ll get back to work trying to get after it again. We set a goal at the beginning of the year and they reached it.”

Coming into the game, Hixon emphasized how much this team has meant to him and reiterated that point after the win.

“This is an awesome group of guys,” he said. “It’s almost cliché to stay you love a group but I genuinely love this group with everything I have.

“They’re fun to go to practice with every single day. I wish we could play a whole new season right now I’d start today. They worked hard, there were times it wasn’t easy and there were times they were asked to do things that they may have not wanted to do, but they bought in and held up to our standard and they deserve all the credit.”