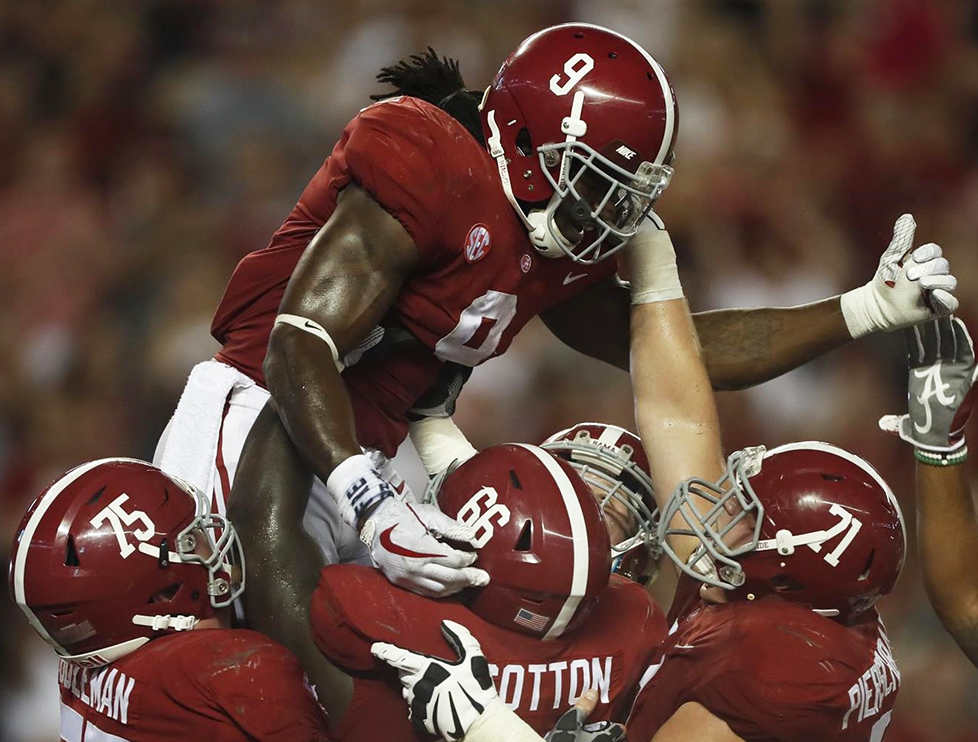 The USFL’s Birmingham Stallions are tapping into a hometown star as they signed former Alabama running back Bo Scarbrough on Monday.

Scarbrough is a Northport native who helped Alabama win national championships in 2015 and 2017. During his college career, Scarbrough rushed for 1,512 yards and 20 touchdowns despite the 6-foot-2-inch running back suffering two serious injuries in college. He tore his ACL in the spring of his freshman season and broke his leg in the national championship game in 2016.

Despite the injuries, the Dallas Cowboys selected Scarbrough in the seventh round of the 2018 NFL Draft. Scarbrough played his rookie season with Dallas and Seattle but in 2019, he signed with the Detroit Lions and started five games. He rushed for 377 yards and a touchdown during that span. In 2020, Scarbrough signed with Seattle but a torn hamstring ended his season. He went to training camp with the Las Vegas Raiders in 2021 but was released before the season.

Birmingham has struggled to run the ball at times and has also faced a rash of injuries on the offensive line and at running back. The signing of Scarbrough and former Miami (Fla.) offensive tackle Tyree St. Louis could help fill in some holes there. St. Louis was an All-ACC lineman at Miami and played two years for the Los Angeles Chargers in the NFL.

This week, the undefeated Stallions will be playing the Philadelphia Stars on May 15 at 11 a.m. in a game that will be televised nationally on NBC.