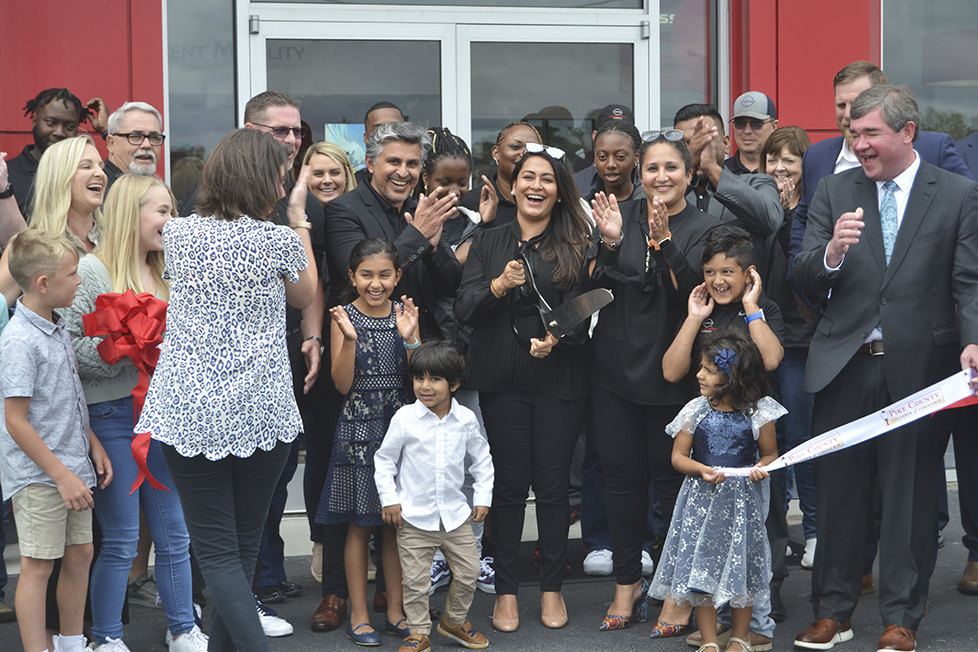 The owners of Merchant Nissan in Troy hold a ribbon cutting at the new dealership’s grand opening last week. (Photo by Josh Boutwell)

Last week, the new owners of Merchant Nissan in Troy held their official grand opening and received a warm welcome from the community.

Merchant is an Atlanta, Ga. native, while Mawani grew up in Birmingham, England before moving to Birmingham, Ala. Sonia Merchant Mawani is Hussein Mawani’s wife and the Marketing Manager for Birmingham Luxury Motors and Merchant Nissan.

The ownership team’s decision to come to Troy came from a desire of owning a dealership in a smaller community and after speaking with the former Troy Nissan’s longtime owners, the Webb family, and visiting Troy that was almost all it took.

“Once they met the people of Troy and learned about Troy Athletics and met the Webbs and saw the community, I think the decision was made there,” Sonia Mawani said. “These guys wanted to invest in a close-knit community and are big on becoming a fully contributing part of the community they invest in, both hiring from and giving back locally. This was the place, no doubt.”

Sonia Mawani emphasized that the reception the team received at the grand opening reinforces their decision.

“The feeling and warmth they got in Troy was unmatched,” she said. “My first time coming was (for the grand opening) and I was floored with the warmth and hospitality we received in the community.

“We were almost in tears after thinking about how welcoming the community was. I think they made the right decision to be in the community of Troy.” 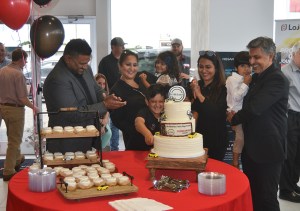 Merchant Nissan is committed to offering something unique and unusual in the current car buying market, no market price adjustment markups, which can be especially helpful in a time of rising vehicle costs.

Along with a robust vehicle inventory and no markups, Sonia Mawani said that Merchant Nissan wants to bring the top-notch customer service that Birmingham Luxury Motors has become known for to Troy.

“In our businesses, we strive to offer outstanding customer service, it’s what sets us apart,” Sonia Mawani said. “Oftentimes, people return simply for the value of our customer service. I think that’s what we want to bring to the Troy community, as well; efficiency, transparency and reliable customer service.”

The origins of Nurses Day and National Nurses Week