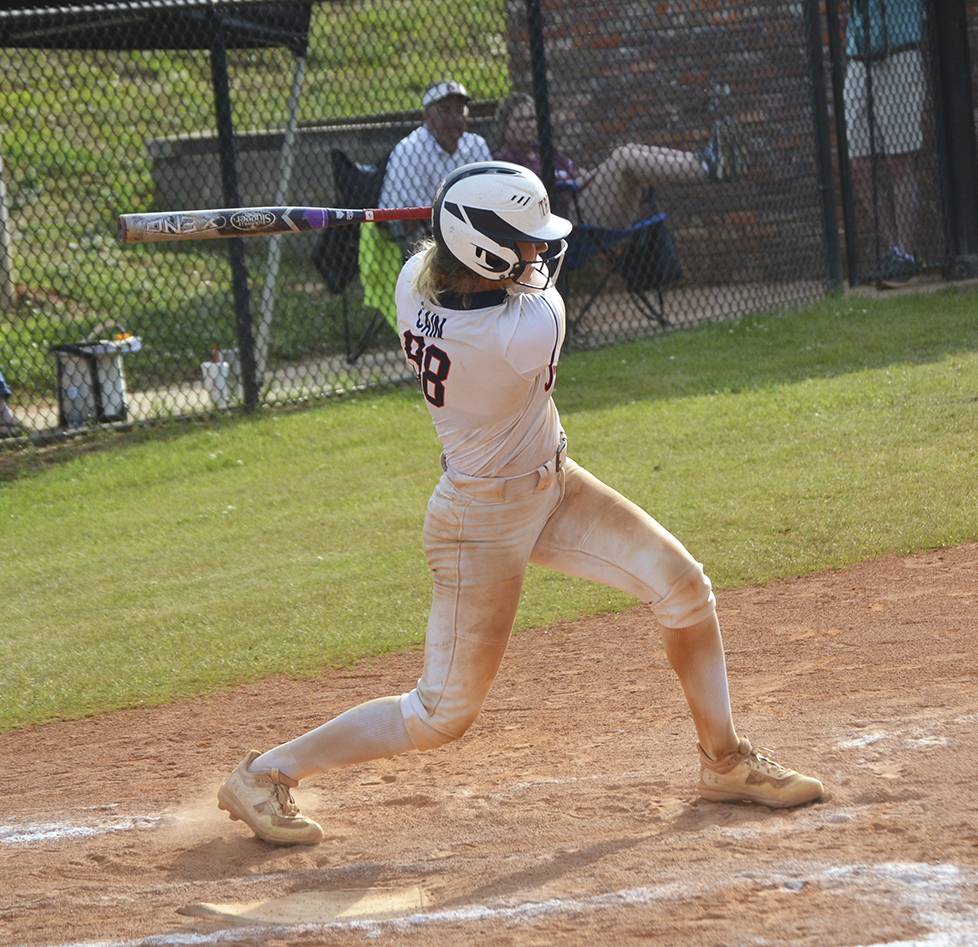 McKenzie Cain (98) hit a home run against Elberta in the South Regionals. (Photo by Josh Boutwell)

The Charles Henderson Trojans traveled to Gulf Shores on Wednesday and split their games in the Class 5A South Regional Softball Tournament, with a win over Elberta and loss to Satsuma.

In the first round, Charles Henderson blasted Elberta 13-4, dominating the game from start to finish and never trailing. McKenzie Cain’s bat was on fire as she went 3-for-5 at the plate with a home run, a triple, two RBIs and two runs. Madison Allen also went a perfect 3-for-3 with two RBIs and three runs. Dakota Berry scored three runs and Jada Jones scored two runs in the win.

Hannah Sparrow pitched four innings and struck out four batters, while giving up four hits and one earned run. Stella Gilbreath fanned four batters and gave up three hits and two runs in three innings in the circle.

Charles Henderson will play in an elimination game tomorrow at 10:45 a.m. with hopes of continuing on in the double elimination tournament.