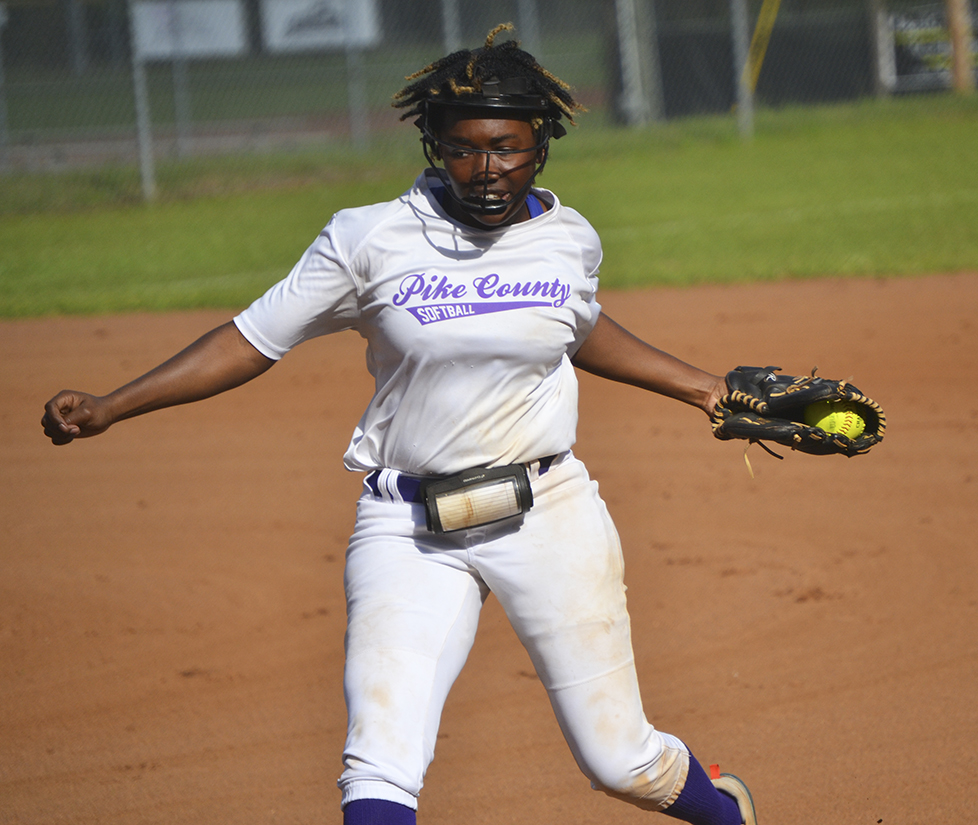 Auriel Moultry (7) and the Lady Dawgs will play in an elimination game at regionals later today. (Photo by Josh Boutwell)

The Pike County Lady Bulldogs fell to the Mobile Christian Lady Leopards in the first round of the Class 3A Southern Regional Tournament in Gulf Shores on Tuesday.

Pike County struggled at the plate against Mobile Christian, earning just two hits as a team, while Mobile Christian went 11-for-27 at the plate with six walks. Urriya Berry and Ayissa Hiersche both earned a hit for Pike County. Kylan Wilkerson pitched four and 2/3 innings and struck out one batter, while giving up 11 hits and five earned runs. The Lady Dawgs had four errors defensively, as well.

Pike County will move on to play later today in an elimination game, as well.