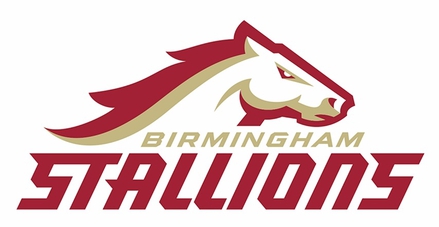 With a number of players out with an illness, the Birmingham Stallions (4-0) still managed to overcome the Tampa Bay Bandits (2-2) on Saturday to remain undefeated.

Going into the game, 10 Stallion players were “questionable” due to missing practices with an illness and six of those players ended up missing the game. Starting quarterback J’Mar Smith was one of the players that missed practice time, which resulted in Alex McGough – who started week one – to take the reigns of the offense against Tampa.

While the Birmingham offense struggled for much of the game, the Stallion defense once again proved dominant. The Stallions gave up just 158 yards of total offense in the win. Tampa held a 3-0 lead deep into the second quarter. With just over three minutes remaining in the half, Birmingham converted a fourth-and-short and eventually McGough would punch in a 1-yard touchdown run to put Birmingham up 7-3 with 1:25 left in the first half.

Former Ole Miss quarterback Jordan Ta’amu threw a 9-yard touchdown pass for Tampa Bay to retake the lead 10-7 with just 48 seconds remaining in the half, however.

McGough completed 14-of-26 passes for 126 yards and rushed for 39 yards and a touchdown. CJ Marable carried the ball 17 times for 55 yards and Victor Bolden Jr. caught five passes for 61 yards in the win. On defense, Scooby Wright III totaled six tackles, two tackles-for-loss and a sack.

Birmingham will look to remain undefeated against the Philadelphia Stars this Sunday in a game that will be nationally televised by NBC at 11 a.m.