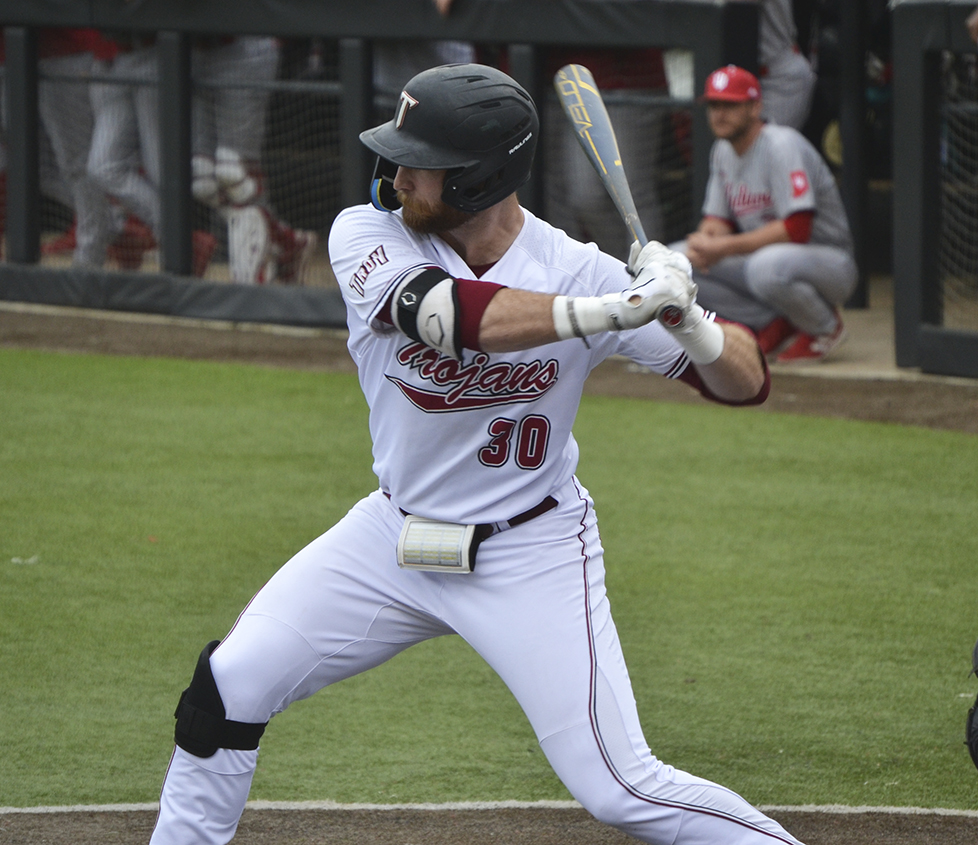 William Sullivan (30) and the Trojans will host the SEC’s Auburn on Tuesday. (Photo by Josh Boutwell)

The Troy Trojans baseball team will host the SEC’s Auburn Tigers on May 10 at 6 p.m.

The game is Troy’s final non-conference game of the season and the first time Troy has hosted Auburn since 2018. Auburn has gone 21-12 since 1994 against Troy with Troy’s most recent win over the Tigers being that 2018 home game. Since 2016, the two sides are an event 3-3 against one another. Troy is currently on a three-game losing streak, while the No. 20-ranked Tigers are coming off a series loss against No. 3 Arkansas this past weekend.

Troy traveled to Auburn earlier this year and lost 13-1. Since that time, Troy has gone 25-15 and Auburn has gone 29-15 during that span.

The game will begin at 6 p.m. and will stream on ESPN+.