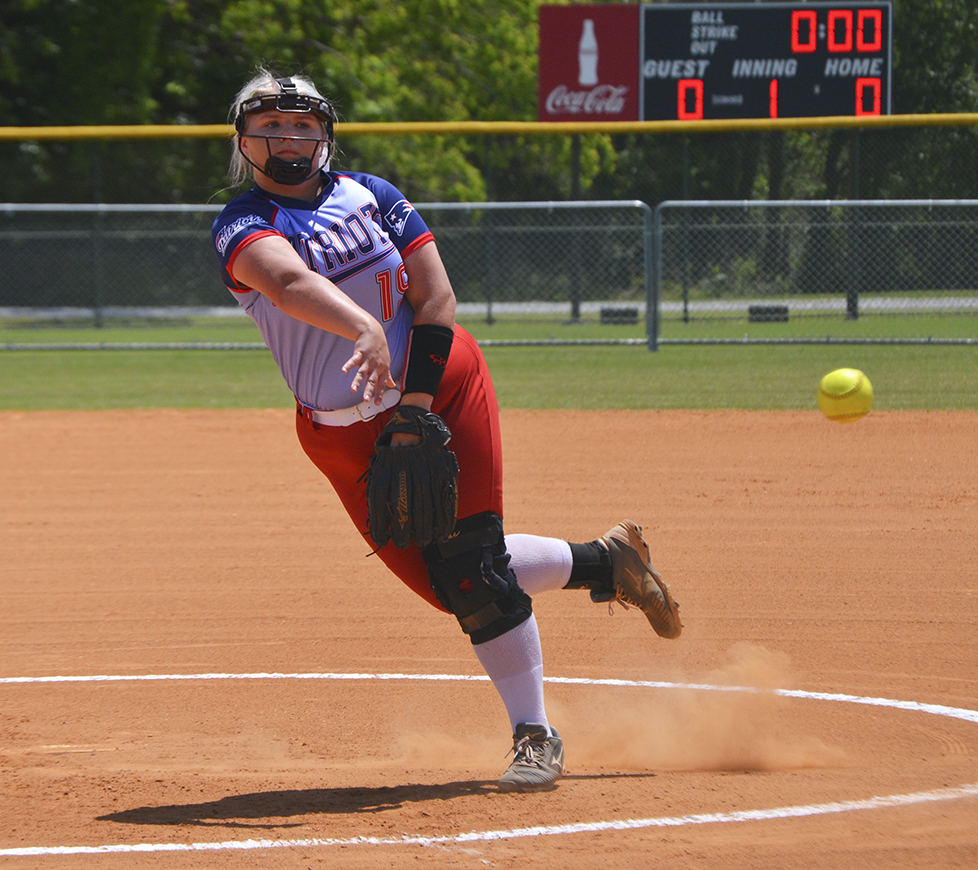 Pike lost to Clarke Prep 5-3 in the first round of the double elimination tournament before being eliminated by Bessemer Academy by a score of 8-7 despite a late rally from the Lady Patriots.

Against Clarke Prep, Pike jumped out to a 3-0 lead in the third inning before Clarke Prep rebounded to score three runs of its own in the fourth inning to tie the score. Clarke Prep then scored two runs in the bottom of the sixth and managed to hang on to the 5-3 lead in the seventh inning.

Ally Rushing went 2-for-4 at the plate with a run in game one, while Bella Maulden went 2-for-3 with an RBI. Rushing pitched all six innings and retired four batters, while giving up seven hits and three earned runs.

Riley Burkett cut Bessemer’s lead to 8-6 with a double into left field to drive Briann Snyder and Harrell home. Facing two outs, Rushing’s line drive single drove Stephens home to bring Pike within one run. With a runner on third base, in scoring position, Pike’s next batter grounded out to secure the Bessemer win and eliminate Pike from the tournament.

Against Bessemer, Rushing went 2-for-5 with an RBI and a run, while Maulden pitched all six innings and struck out two batters, while giving up nine hits and four earned runs.