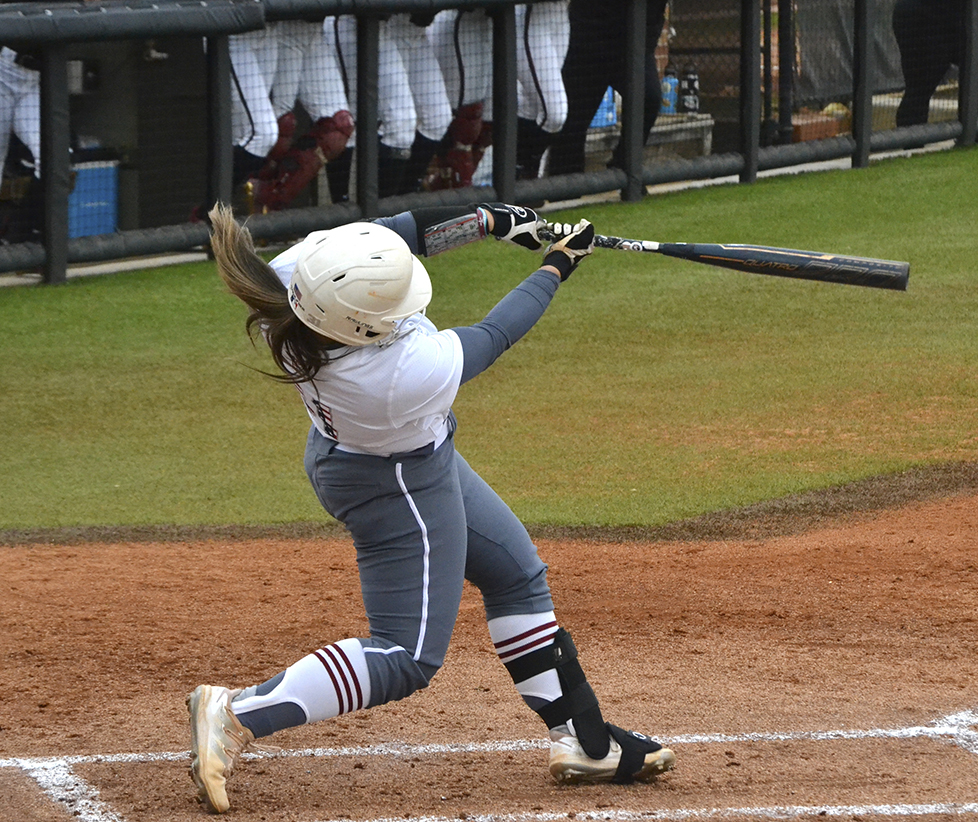 The Troy Trojans started its Sun Belt Conference home series with rival South Alabama on the right foot with a 3-2 win on Thursday night.

Troy held on for the win despite South Alabama earning two runs in the sixth inning, to cut the Trojan lead to one run. In the seventh inning, though, Troy’s defense needed just three batters to close out the game.

Both teams featured some stellar defense but it was Troy’s power hitting that guided the Trojans to the win. Both Jade Sinness and Kelly Horne hit solo home runs, while Taylor McKinney scored one run. Troy had just three total hits with Blake Gibson earning one hit along with Horne and Sinness’ homers.

Brantley’s Leanna Johnson only managed one strikeout on the afternoon but also gave up just five hits and on earned run in seven innings on the mound. Audra Thompson earned five putouts at first base, while third baseman Kennedi Gaton had four putouts and three assists.