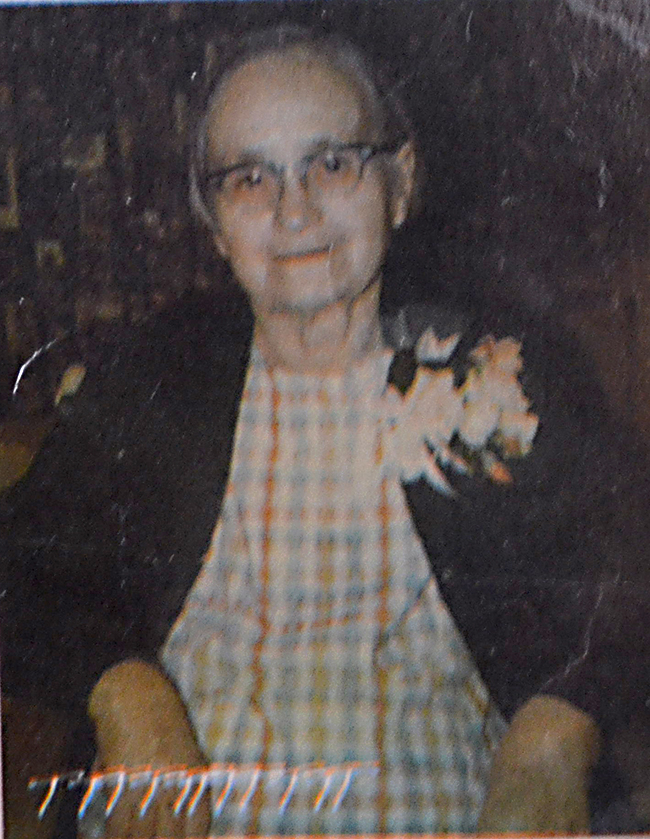 Tessie Agnes Cole endured a “calamity” so devastating that, surely, spring could never come into her life again.

However, Joyce Cole Austin’s mother possessed strength and courage that were almost beyond comprehension and understanding.

The Bible promises that a woman who is compassionate in her life will be rewarded in heaven.

“Even with all she had to endure, my mama remained kind and loving and understanding,” Joyce Austin said. “So, I know that my mama’s in heaven.”

After all these years, the story of the tragedy in Tessie Agnes Cole’s life still brings heartbreaking sadness to her daughter, “knowing the pain my mother suffered.”

Tessie Agnes Cole was expecting her fifth baby, probably, another girl, she already had three and just one little boy.

“The story that was told to me was that my mother, my daddy, sisters and brother had been visiting my granddaddy, who was sick,” Joyce said. “On the way home, it was raining hard and Daddy probably couldn’t see.”

The car went off the bridge and into the deep creek on that icy cold, late afternoon on January 18, 1940.

But, it was a hot July day in 1985, before Joyce Austin heard the full story of the tragedy on Springs Creek.

“That was the day that I met Mr. Nick Phillips,” Joyce said. “He was the man that saved my mother’s life…. and mine.”

Phillips recalled that what happened on that January day in 1940 was “the worst thing” he had ever experienced.

“Mr. Phillips said he had passed Daddy (Columbus W. Cole) on the road a little earlier and they exchanged waves,” Joyce said. “Mr. Phillips went on down the road and stopped at a local store. Suddenly, someone came running in and yelled that Mr. Lummie’s car had run off the bridge and into the deep water.”

When Phillips got to the creek, he said he could see Tessie Cole, holding to something floating in the black water. She was screaming for help.

“Someone tied a rope around Mr. Phillips and he went out and got my mother out of the creek,” Joyce said. “Then, he went back out in the water to find the car. First, he stepped on the car, then he stepped on my daddy’s head. His neck was broken. Mr. Phillips cut a hole in the top of the car and got Daddy out.”

Someone had gotten the two little girls out of the water, Frances, 11 and Mary Ruth, 8.

“Mr. Phillips said, when he was trying to get the water out of one little girl’s lungs, she smiled at him and then she died. He said she was the prettiest little girl he had ever seen. His heart just broke.”

When the Coles’ car was pulled out of the water, the rumble seat had closed over the two children seated there, the little boy, Columbus, Jr., 3 and little girl, Mary Agnes, 7.

“Friends carried my daddy and my sisters and brother to my aunt and uncle’s house and laid them on mattresses and quilts by the fire. They were all buried at Smuteye in the Indian Creek Baptist Church.”

The newspaper article read: “Five Drowned. Miss Tessie Cole was the only family member to survive.” But, the article was not correct. Three months later, Tessie Cole gave birth to Joyce Cole (Austin).

“I don’t know how my mother could have survived the pain and suffering of the devastating loss of her husband and four children,” Joyce said. “I don’t know how she was able to stand upright in the face of such a tragic loss. But she lived without bitterness and with so much love to give.”

Tessie Agnes Cole found a place in her heart for Joyce and two sons to come and reached out to them with abiding love.

Tessie Agnes Cole did not let the calamity in her life prevent the return of spring…or the belief in life eternal.