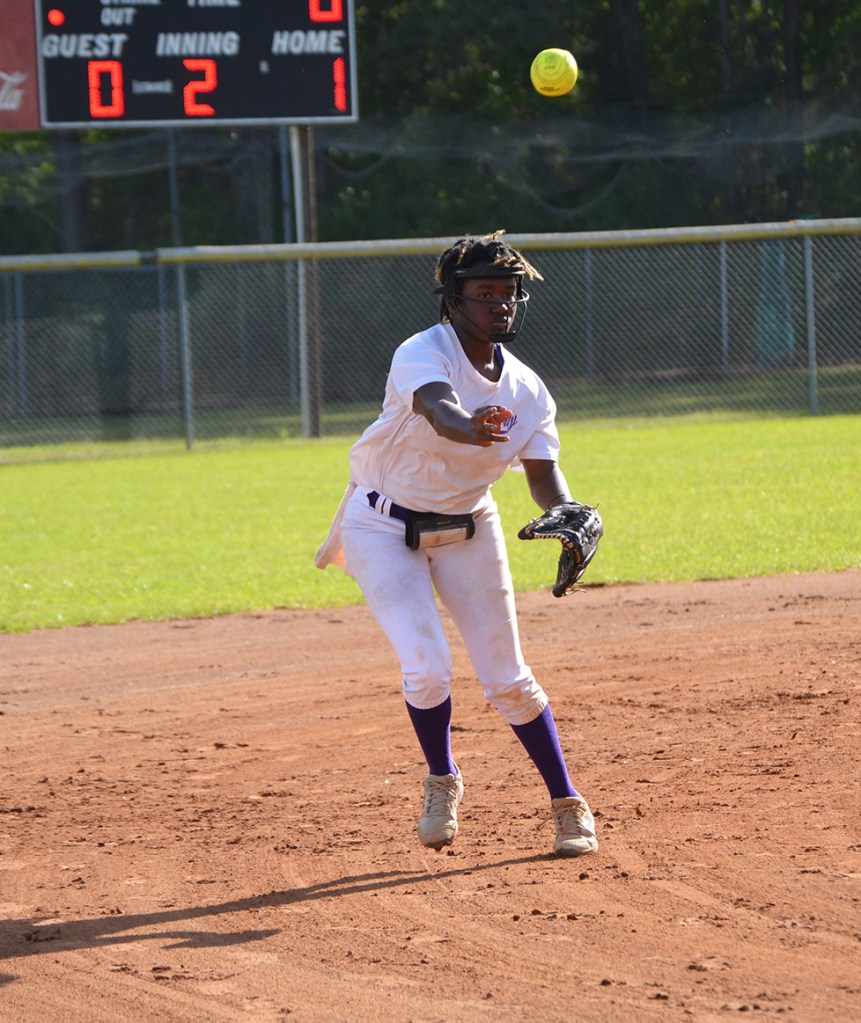 Both the Pike County Lady Bulldogs and Goshen Lady Eagles traveled to Opp to battle in the Class 3A, Area 4 Softball Tournament on Tuesday, May 3.

In the first round, Pike County bested New Brockton by a score of 5-4. With the score tied 4-4 in the top of the seventh inning, Pike County’s Mikalah Griffin hit a double into right field to drive home Ivy White for the game winning run.

Amity White went 4-for-4 at the plate against New Brockton with a run. Griffin went 2-for-4 with a double, two RBIs and a run. Kylan Wilkerson pitched all seven innings with seven strikeouts, while she also gave up 13 hits and four earned runs.

In another first round matchup, Goshen fell to Opp by a score of 17-0. Goshen didn’t manage a single hit against Opp. Kaci Wilkes pitched two innings and struck out three batters, while giving up 14 hits and nine earned runs.

In the second round, Pike County was also throttled 15-0 by Opp. Pike County also did not manage a single hit in the loss. Abigail Griffin pitched three innings and fanned two batters, while giving up 10 hits and 14 earned runs.

Also in the second round, New Brockton eliminated Goshen from the tournament and put an end to the Lady Eagles’ season by a score of 10-5. New Brockton jumped out ahead 5-0 in the first inning and took an 8-0 lead into the sixth inning. Goshen attempted to rally late but it couldn’t overcome the large lead.

Next up, Pike County and New Brockton rematched in an elimination game and finished in an identical score from the first matchup, with Pike County coming out ahead 5-4. This time, the finish was even more dramatic, however. With the score tied 4-4 in the bottom of the eighth inning, Pike County’s Auriel Moultry hit a walk-off single that drove Urriya Berry home for the winning run to catapult PCHS into the area championship.

In the second game with New Brockton, Berry went 3-for-4 at the plate with a double and a run, while Amity White went 2-for-4 with a triple, an RBI and a run. Wilkerson pitched all eight innings and struck out one batter, while giving up seven hits and four earned runs.

In the Area 4 Championship, Opp pitched its third straight shutout and third straight no-hitter as the Lady Bobcats won the championship by a score of 10-0 over Pike County. Wilkerson pitched five and 1/3 innings and fanned four batters along with giving up 11 hits and seven earned runs. The Lady Dawgs were unable to earn a hit in the loss.

Both Pike County and Opp will advance to the regional round of the Class 3A State Playoffs in Gulf Shores on May 10.