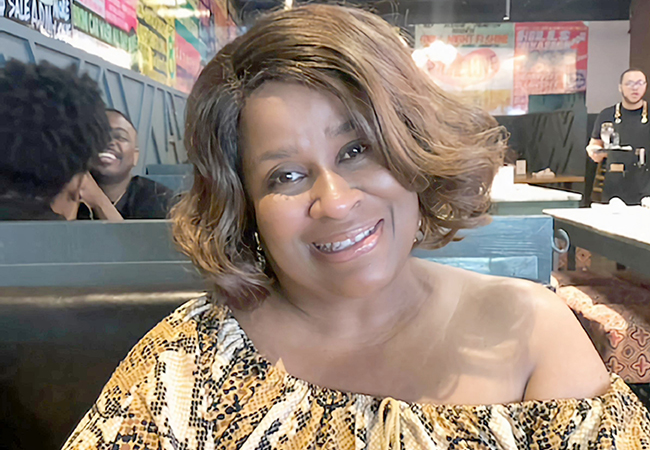 The City of Troy is abuzz this week with excitement that one of its own, Shelia Fayson Jackson, city director of tourism and public relations, will be the featured church soloist in The Color Purple Musical May 6-22, live at the Byers Theater at the Sandy Springs Performing Arts Center, Sandy Springs, Georgia.

Jackson said it was an honor to have the opportunity to audition for a musical production of “‘The Color Purple’,” a prize-winning novel and a big-time movie.

“I didn’t see myself being a part of anything that big so I hesitated to apply to audition for a part,” Jackson said.

But, as the deadline for auditions neared, Jackson decided that she didn’t have anything to lose.

“It was better to audition and not make it than it was to not even try and later wonder, ‘what if?’ she said. “When I was in New York to sing at the U.S. Open, I had the opportunity to see a performance of ‘The Color Purple.’ It was amazing and exciting to just be in the audience.  I would never have thought there would be a musical about the prize winning-novel by Alice Walker and a Steven Spielberg film. Or that I could be a part of it.”

Jackson said she enjoyed the audition and, although hopeful, she would not let herself be disappointed.

“If I had not gotten a part, then, I would have been happy to have tried and to be in the audience,” she said.

However, Jackson’s hope was realized.

“To have a part in this musical production of ‘The Color Purple’ is an honor,” she said. “To have an opportunity to work with such a well-known director as Kamilah Long and the others is an opportunity that I could never have even hoped for. I’m excited; I’m happy and most of all, I’m humbled.”

And, perhaps, as opening night nears, Jackson is experiencing a few butterflies.

“Opening night is edging closer and closer. It’s almost Friday night,” Jackson said. “I’ve been on stage many times but I’m probably going to be more excited and more nervous than I have ever been. The theater seats more than a thousand. That’s a big theater and a lot of people. But, once I walk on stage, I’m going to enjoy every minute of an experience like no other I’ve ever had. To be a part of ‘The Color Purple Musical’ is overwhelming. I am so thankful to be a part of it.”

The Color Purple premiered at the Alliance Theatre Company in Atlanta, Georgia and opened on Broadway on November 1, 2005.

This musical adaptation of Alice Walker’s Pulitzer Prize-winning novel, and the popular 1985 Steven Spielberg film, spotlights Celie, a downtrodden young woman whose personal awakening over the course of 40 years forms the arc of the epic story. With a joyful score that features jazz, ragtime, gospel, African music and blues, The Color Purple is a story of hope, a testament to the healing power of love, and a celebration of life.

Tickets are $40-$100, with discounts for seniors, students, groups and active and retired military.