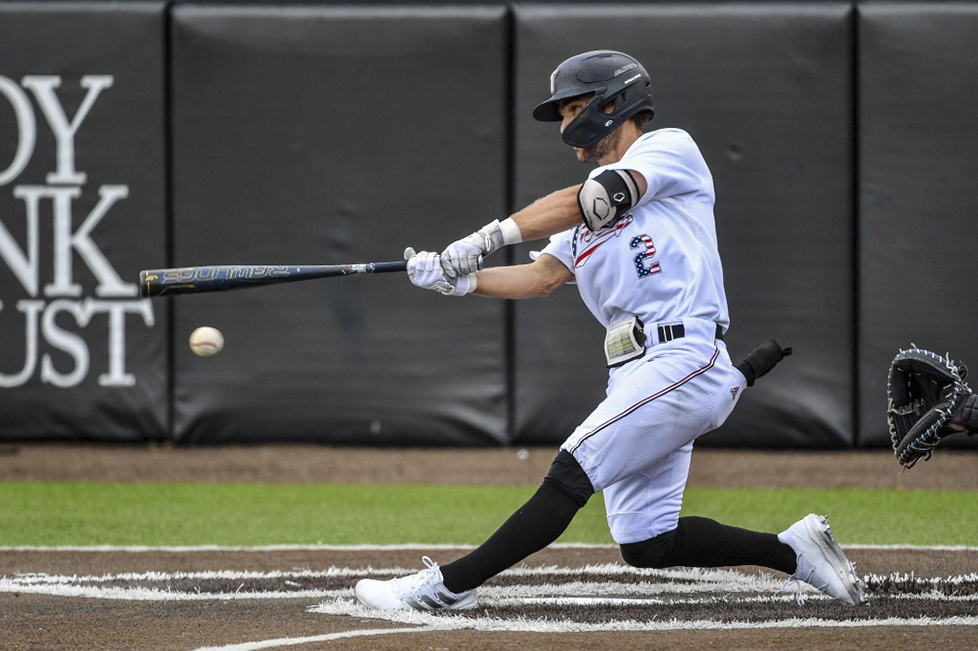 The Troy Trojans baseball team (28-14, 13-8) earned a clean sweep over the Georgia State Panthers this weekend in a Sun Belt Conference series at Riddle-Pace Field.

In game one on April 29, the Trojans exploded to dominate the Panthers by a score of 10-1. Jesse Hall and William Sullivan each earned three hits on the day, while they both had three RBIs, as well. Meanwhile, Kyle Mock earned a solo home run at the plate.

Keaton Fuller got the win on the mound, pitching four innings with six strikeouts along with giving up just one hit and no runs. Garrett Gainous also pitched two innings and fanned a pair of batters, while giving up one hit and no earned runs. Catcher Clay Stearns earned 13 putouts and one assist on the defensive end.

Game two on April 30, came down to the wire with the Trojans pulling out a 4-3 win. Troy trailed 3-2 going into the seventh inning when Trey Leonard drove home two scores with a ground ball double that ended up being the game winning hit.

Easton Kirk went 2-for-2 at the plate in game two with an RBI and a double, while Donovan Whibbs also earned a pair of hits. Rigsby Mosley pitched five and 1/3 innings with eight strikeouts. He also gave up two hits and three earned runs. Kyle Gamble picked up the win on the mound as he gave up two hits and no earned runs, while retiring one batter in his two and 2/3 innings on the mound. Sullivan earned nine putouts from his first base position, while Stearns also had nine putouts.

Despite a weather delay on May 1, the Trojans closed out the series with a 3-2 win. With Troy leading 3-1 going into the bottom of the ninth inning, the Panthers managed to cut the lead to one but couldn’t cut the lead any further as Troy hung on for its third win of the series.

Hall, Kirk, Caleb Bartolero, Leonard, Whibbs and Cameron Gray each earned a hit on the day. Kirk, Hall and Whibbs scored one run each. Brady Fuller pitched five and 2/3 innings and mowed down eight batters, while giving up five hits and one earned run. Brandon Schrepf got the win on the mound with five strikeouts in two and 2/3 innings. He also gave up one hit and one earned run. Stearns totaled 14 putouts and one assist on defense along with Sullivan’s eight putouts.

Troy and Georgia State were tied for fifth place in the Sun Belt coming into the weekend, but the series sweep puts the Trojans securely in fifth place alone now. Troy hits the road this Wednesday for a midweek matchup with Samford in Birmingham.