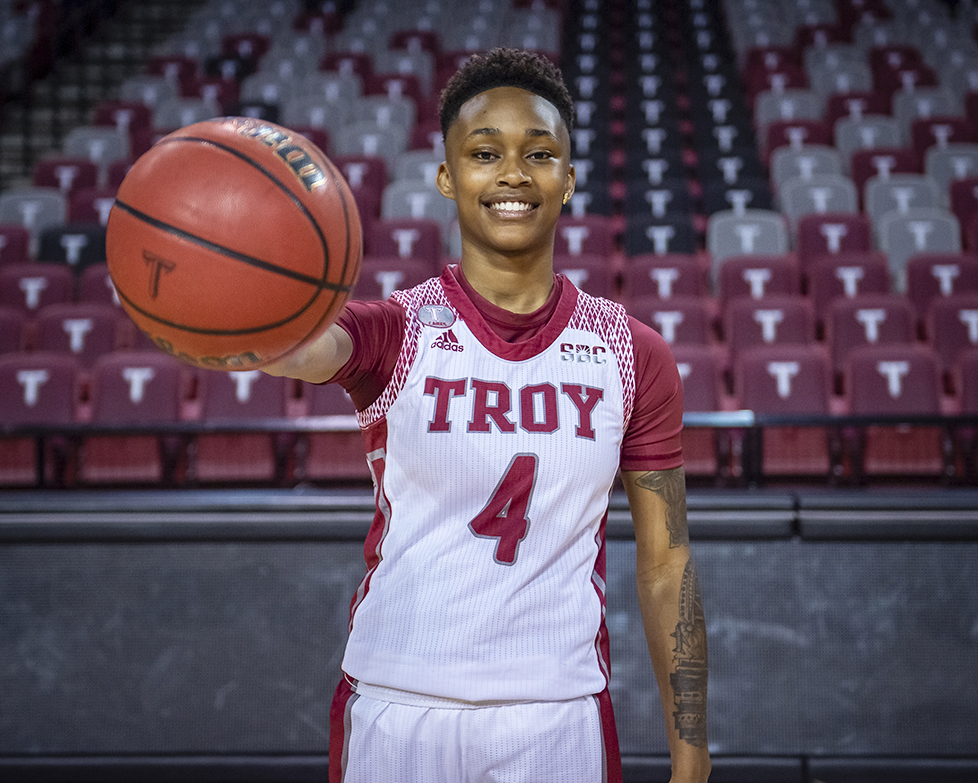 Nunn comes to Troy after a stellar high school career at Fairfield where she was a 2020 Alabama Class 5A Player of the Year finalist. The Birmingham guard was a two-time all-state player at Fairfield and as a senior, she averaged 21 points, 12 rebounds and two assists per game, totaling more than 3,500 career points. In 2021, Nunn also earned All-Star Game MVP in the AHSAA North-South All-Star Game. Troy coach Chanda Rigby called Nunn one of the most naturally talented players she has ever signed.

“Shaniah will be one of the most naturally talented players to wear a Troy women’s basketball uniform since I have been at Troy,” Rigby emphasized. “She makes difficult things look easy. Her ability to score on all three levels, defend positions and rebound with the best rebounders makes her a very special player. We are proud that she is a Trojan.”