Former Trojan Marcus Jones gets set for the NFL Draft 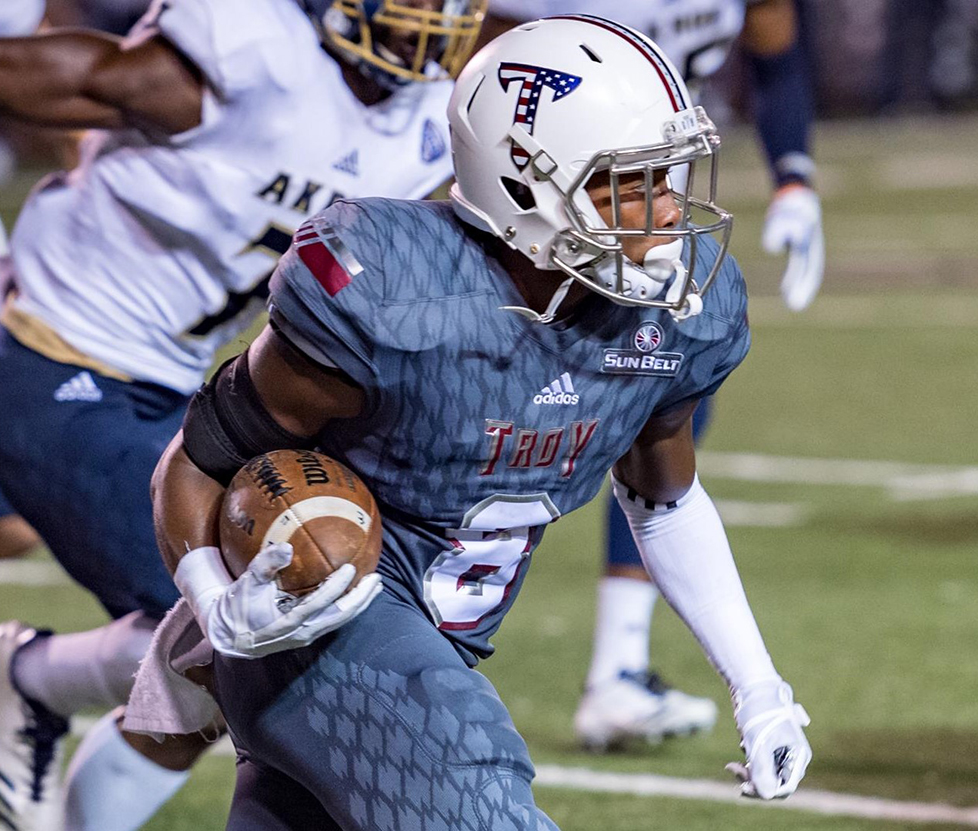 Marcus Jones was a star at Troy before transferring to Houston. (Photo courtesy of Troy University Athletics)

As the hours tick by on April 29, the anticipation and the reality for former Troy Trojan Marcus Jones sets as the 2022 NFL Draft draws closer.

Jones was a star basketball, football and track and field athlete at Enterprise before becoming an All-American at Troy. Jones became quickly known as one of the deadliest kick returners as a Trojan and he was also one of the best cornerbacks in the Sun Belt. Then, after Neal Brown left Troy, Jones made the decision to make a change, as well. Jones transferred to Houston and his star began to take off further.

Jones said that he feels everything he’s learned from all of his former coaches – especially adapted to new environments – will help him in the NFL.

“Just controlling the things you can control is something that I’ll take (to the NFL), which is my attitude, my effort and how I prepare for practices and watching film,” Jones said. “That’s the main thing. Some people end up going to new places and are shy to do things the way they have been.

“Also, a big thing is finding a mentor, one of the older guys that has been playing in the league a long time, because I want to know how you were able to play in the league for that long. I can use some of those tools that they have used to put in my toolbox, as well.”

As Jones’ family prepares an NFL Draft party, the anxiety sets in amongst his family but the Enterprise native remains calm. It’s that relaxed, always in control, demeanor that has been a part of what has made him an elite athlete.

“The main thing I’ve done is work out and staying in shape and staying occupied and spending time with my son and doing things like that to stay focused,” Jones said. “It’s actually exciting to see everyone that’s not in my shoes and how anxious they are and everything. It’s kind of funny. 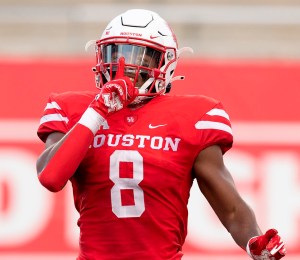 Jones said the process since declaring for the draft has been a long one but it’s also been something he said he would never forget.

“It’s a blessing winning all of the awards and seeing the Combine, even though I didn’t get to participate there, but just sitting down with coaches and scouts and seeing that whole process and everything we have to do that people don’t know about was great,” he said. “The small things are things I won’t forget.”

Going into Jones’ senior season at Enterprise his high school coach David Faulkner said that if Jones were just a few inches taller every single college in the country would be begging him to come. Fast-forward five years and the only criticism analysts can level against him remains his size. That has been a driving motivator for the speedster.

“I always pride myself in controlling what I can control. Height is not something that I can do anything about,” Jones emphasized. “Just waking up every morning, the doubters make me improve myself.

“I can’t control my height but then when I hear people saying, ‘Oh, he’s small’ and this and that I look at people in the league like Tyrann Mathieu and Kenny Moore, guys that are playing at my position and having success but are also my size.”

Jones also has some added motivation as he recently witnessed the birth of his first-born son.

“That’s No. 1 for me,” Jones said with a smile. “I have someone leaning on me now. Seeing him and waking up every morning and seeing his smile and face gets me up and out of bed every day.”

Jones will be the first Enterprise Wildcat to play in the NFL since TJ Barnes and the first EHS grad to be drafted since Smith in the 1990s. He isn’t taking the fact that younger players will look up to him in the future lightly either. He recently spoke to the Enterprise football team ahead of the draft.

“The main thing is setting the standard and the bar that if you have a dream and you want to achieve it you can,” Jones said. “You have to put the right effort in. It’s not easy at all.

“If it was easy then every one in the world would do it. Just putting out there and letting kids know, especially kids my size, that you can do it if you put that hard work and dedication – and the blood, sweat and tears – into it.”

Jones is already setting his sights on future NFL goals, as well.

“I want to be Rookie of the Year if I can and after that its Pro Bowls, but winning is the first thing. Going 1-0 each week is the big thing.”

On Friday night, Jones saw all of his “blood, sweat and tears” pay off when his name was called and he was selected in the third round, 85th overall, by the New England Patriots.