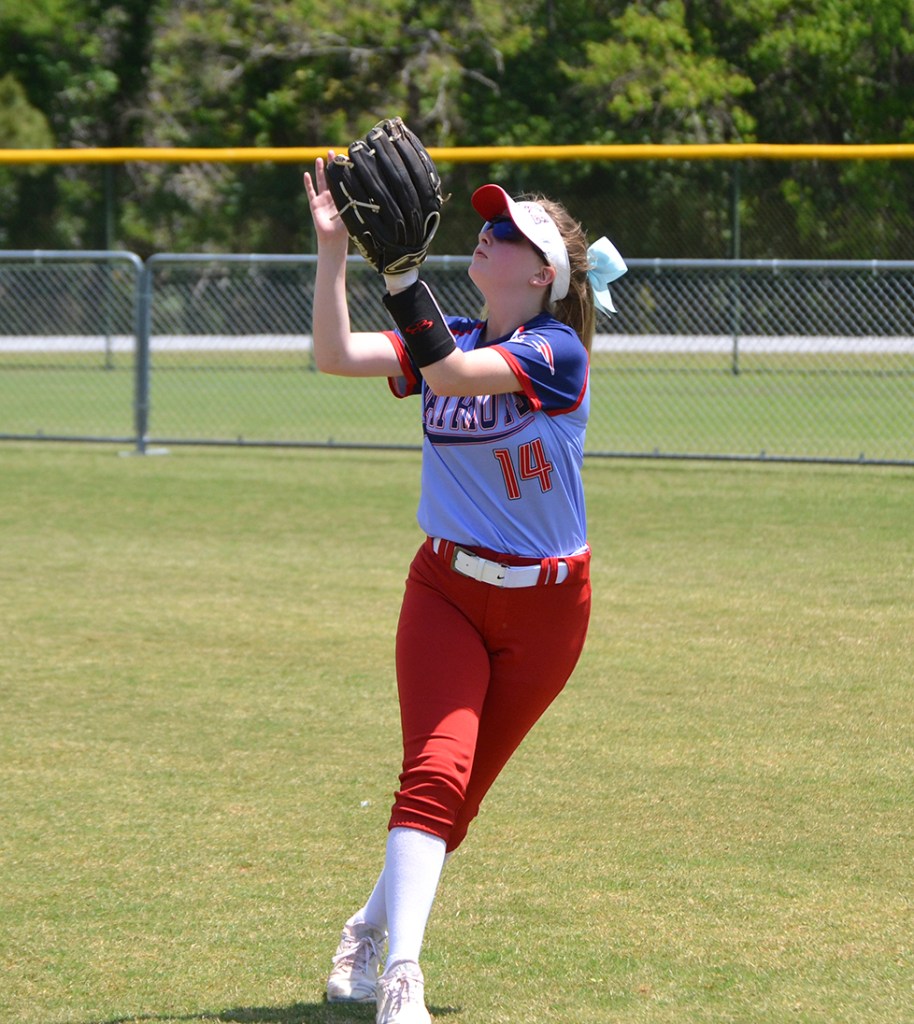 The Pike Liberal Arts Lady Patriots traveled to Montgomery to play in the AISA Class AAA, Region 1 Tournament at Lagoon Park on Thursday.

Both Pike and Lee-Scott Academy earned byes from the first round of the tournament and met in the semifinals of the Region 1 Tournament. The Lady Pats lost 11-2 to Lee-Scott Academy after getting down early in the game. Lee-Scott jumped out to a 5-0 lead going into the third inning and never trailed in the game.

Pike struggled at the plate, earning just four hits as a team. Despite the struggles, catcher Emily Bryan went 3-for-4 hitting on the day, while Allie Rushing earned Pike’s other hit. Bella Maulden and Addi Maulden each scored one run.

Bella Maulden got the start in the circle and pitched three innings with two strikeouts, while giving up five hits and four earned runs. Rushing pitched four innings and fanned a pair of batters along with giving up four hits and three earned runs. 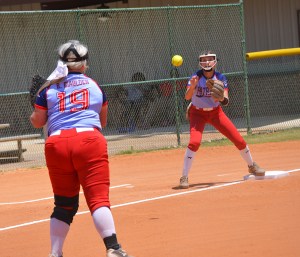 Pike pitcher Bella Maulden (19) throws out a runner at third base to Allie Rushing (3).

Rushing went 2-for-4 at the plate against Springwood, while Briann Snyder went 2-for-3. Addi Maulden scored the lone Pike run of the game.

Pike will play as the No. 4 seed in the AISA Class AAA State Playoffs on May 6 at noon in Montgomery at Lagoon Park.