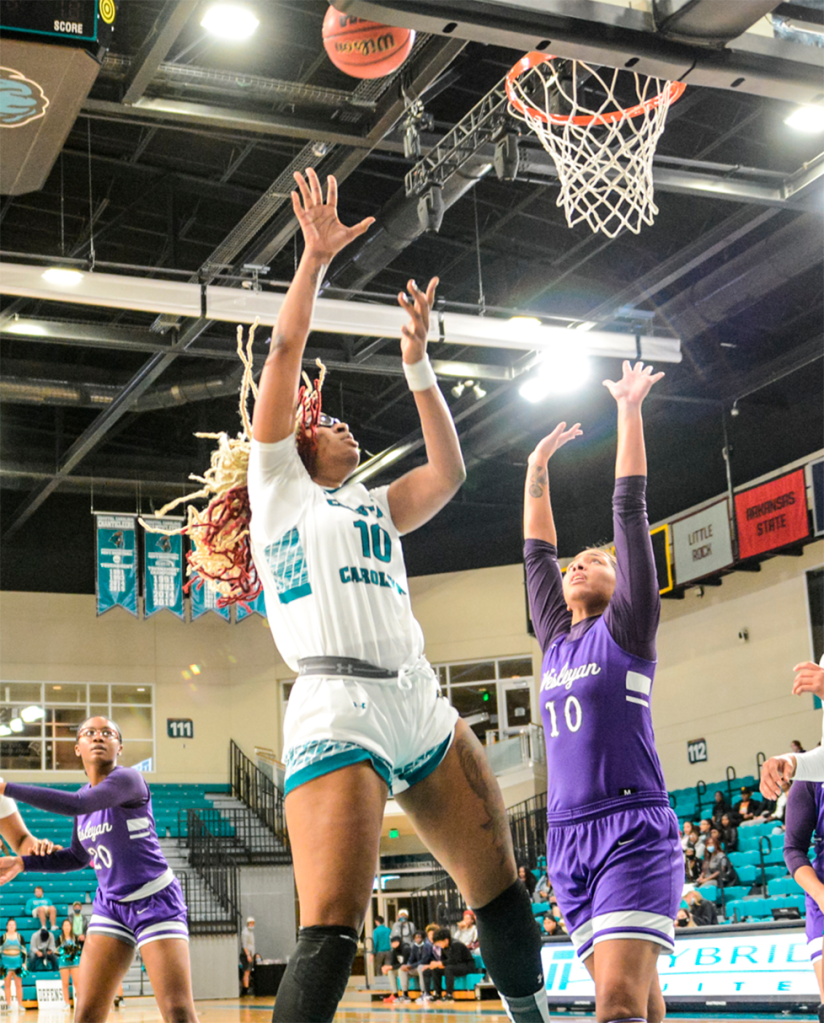 “Janeen brings a dimension to our roster that my staff and I haven’t had before at Troy,” Troy coach Chanda Rigby said. “Adding a true back-to-the-basket big will offer us a paint presence that will raise the ceiling on what we can accomplish.”

Prior to coming to Coastal Carolina, the Virginia native was a star player for Towson. She was named to the Colonial Athletic Association All-Rookie Team as a freshman, averaging six points and five rebounds coming off the bench. She earned a team-leading 52 blocks, seventh in single-season school history, despite starting just one game.