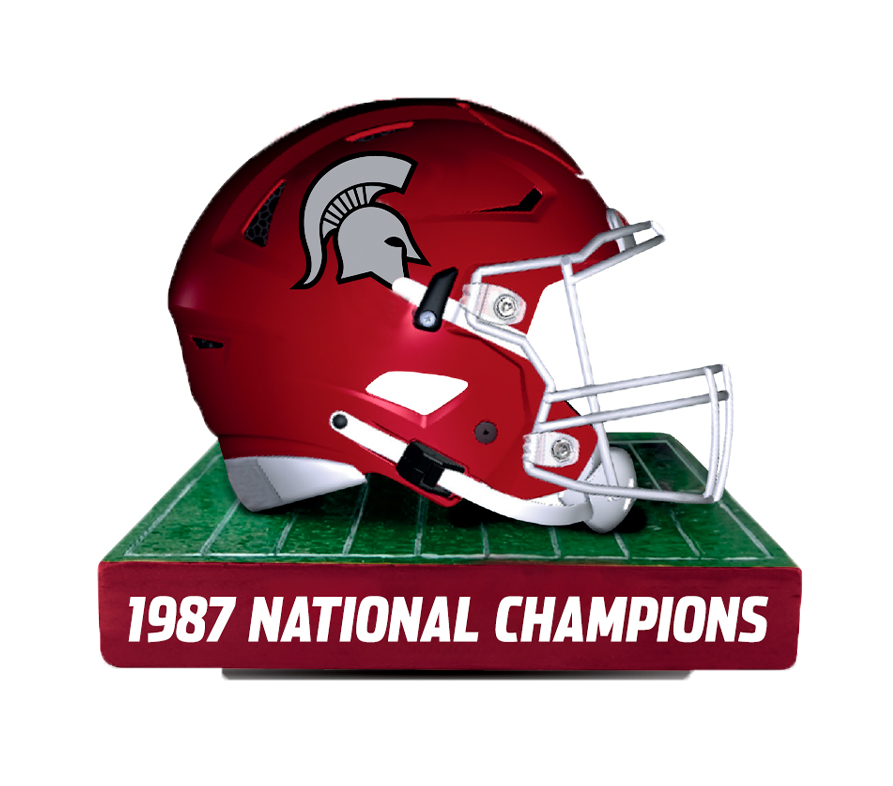 The Troy Trojans football program is offering a special commemorative replica mini-helmet of the 1987 football team for season ticket holders.

Troy fans that purchase season tickets for the upcoming 2022 season by June 3 will receive a free replica mini-helmet of the iconic Troy State football helmet worn during the 1987 NCAA Division II National Championship team. Troy is offering the mini helmets as part of a celebration of the 35th anniversary of the 1987 team.

“We’re excited to once again offer our loyal season ticket holders a unique piece of Troy memorabilia for their collections,” Troy Athletic Director Brent Jones said. “The 1987 National Championship team under Hall of Fame coach Rick Rhoades holds a special place in our department’s history, and this mini-helmet is a great way to honor their legacy. Additionally, the home schedule brings a natural rival in Southern Miss, an old-school rival in Marshall and a marquee matchup in Army to The Vet this season.”

According to a release from Troy University, the 1987 mini-helmet is the first in a line of mini-helmets that will be released by Troy Athletics to honor its National Championship teams. Season tickets start at $60 for general admission and $100 for reserved seats. Limited numbers of season tickets for the North End Zone and Stadium Club seats still remain, as well.

In 2022, Troy will host home games against Army, Marshall, Southern Miss, Louisiana-Monroe, Texas State and Alabama A&M and all will be Saturday matchups this season. For more information or to order season tickets, visit tickets.troytrojans.com.