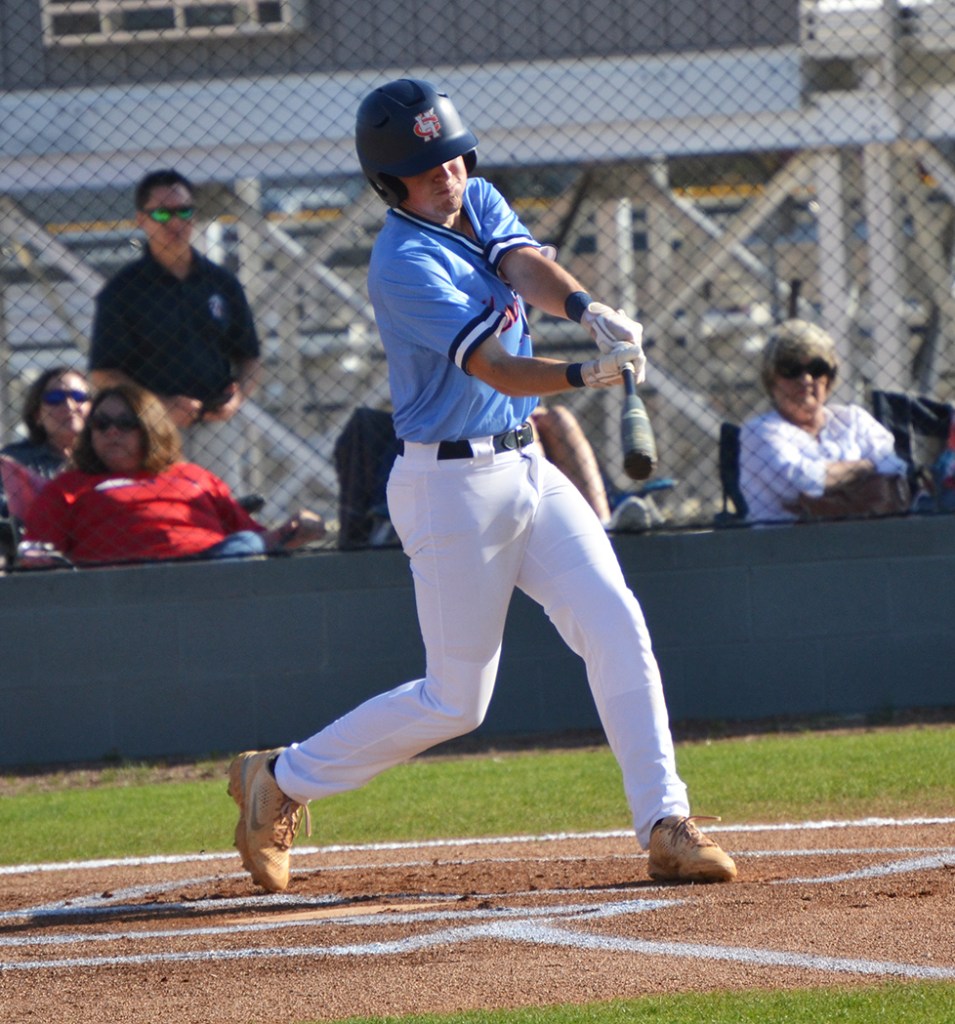 Parker Adams earns a hit in the playoffs. (Photo by Josh Boutwell)

The Charles Henderson Trojans were eliminated from the Class 5A State Playoffs on Friday night, dropping a pair of games to the Pike Road Patriots on the road.

The Trojans lost the first game by a score of 12-2 after a dominant first inning from Pike Road. Charles Henderson actually took a 1-0 lead in the top of the first inning when Parker Adams hit a line drive single into right field that drove Will Templin home. Pike Road then responded with eight runs in the bottom of the first inning and never looked back.

Adams went 2-for-3 at the plate in game one with a run, while Templin and Jordan McBryde each earned a hit. Templin and McBryde scored one run each. Noah Prestwood started on the mound and pitched one inning, giving up six hits and eight earned runs. Cobie Cantlow pitched the final four innings, fanning four batters, while giving up three hits and four earned runs.

In game two, Pike Road jumped out to a 3-1 lead in the first inning and then scored seven runs in the second to once again run away with the game and eventually take a 14-3 win.

Templin, Adams, Brady Huner, Tyler Martin, Noah Prestwood, Brody Wilks  and Bradley Prestwood each had one hit. Adams pitched two innings and retired a pair of batters, while giving up nine hits and eight earned runs. Templin pitched three innings and struck out a batter along with giving up two hits and one earned run.