Remembering a pioneer in the arts 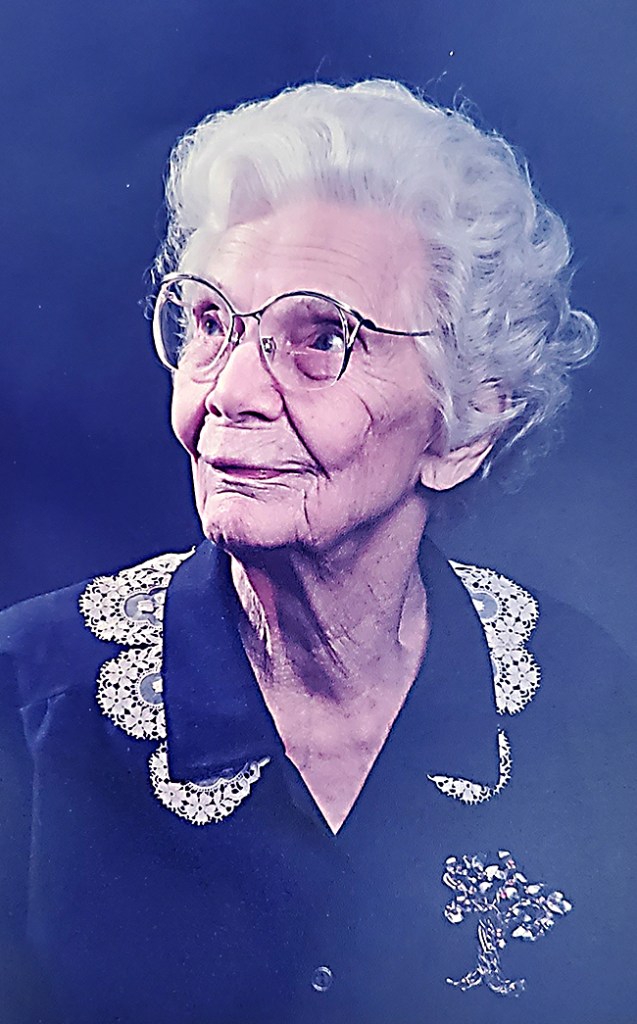 The story that was told, and believed, was that Alice Thornton and her six children came to Troy from  Oklahoma on a wagon with a cow tied behind.

“Neither did we come in a car with a cow following behind,” Pat Duke said, laughing. “But we did get a cow soon after we got to Troy.”

Duke, the second oldest of Alice and Van Thornton’s six children, willingly shared the story of how her mother, Alice Thornton, bravely decided to leave home in Arkansas in hopes of finding better opportunities in rural Pike County, Alabama for her and her children.

Thornton grew up picking cotton in the dust bowl of Oklahoma. The money her family earned in the cotton fields was all the money they had.

Duke said their family lived a meager existence but her parents found a way to make each day count.

“Daddy died in 1945 when we lived in Oklahoma. Mother moved us to Arkansas where she found work as an instructor at John Brown University in Siloam Springs,” Duke said. “Even as a young child, Mother was very determined and courageous. When she was in fifth grade, a teacher recognized her talent in art and encouraged and inspired her. Mother said that was the first time she realized she was good at something.”

Thornton had finished high school, gone to college and earned a bachelor’s degree in art. Then, she took a bold step and moved to New York where she earned a master’s degree in art at Columbia University.

If Thornton had been born a few decades later, she might have been a leader in the Women’s Liberation Movement, her daughter said.

Left with six children to raise, Alice Thornton got a teaching job making $150 a month. She supplemented her income painting murals behind baptisteries. Just by chance, she learned of a teaching vacancy at Troy State College in rural South Alabama. She applied and got the job.

Alice Thornton taught art education at Troy for 18 years so her influence in the arts was widespread and continues through those whom she inspired.

However, Alice Thornton’s influence was not just in the classroom but also as a volunteer at the Pike Pioneer Museum in Troy.

Back in Oklahoma, Thornton had developed a fascination for weaving. Her husband’s last gift to her was a loom he had made himself, however it was in parts and had to be put together. At John Brown University,  Thornton had taken a weaving class. Not only did she learn to weave, she also learned to assemble the loom her husband had so lovingly given her.

When she retired from Troy State in 1971, she immediately began volunteering at the Pike Pioneer Museum.

She gave weaving and spinning lessons to hundreds of school children and adults.

“Mother never lost her youthfulness,” Duke said. “Once she was giving a weaving demonstration, got up and leaped over the guard rail around the loom, much to the surprise and delight of the children and the surprise of the chaperones.

Alice Thornton was a true American pioneer. She overcame the struggles of a meager existence and those of a young mother raising six children.

“We had very little, not even a nickel or dime to go to a picture show or a concert,” Duke said. “But Mother made sure we took the opportunities of museums, free concerts and libraries. We attended all art opportunities.

And, as adults, all six of us had interests in the arts.

Alice Thornton received many awards. She was named the Citizen of the Year in Troy in 1999, was awarded the Governor’s Arts Award by the Alabama State Council on the Arts and also named one of Alabama’s  Unforgettable Faces by the Alabama Bureau of Tourism and Trade.

But, much more than that, Alice Thornton received the honor, respect and undying love of her children

“I have the absolute greatest respect and love for my mother,” Duke said. ‘Knowing the struggles that she went through so we could have shoes and a warm coat, so that we could have an education and an appreciation for the arts and the sacrifices she made so we could find our ways in the world. Every night, she would get down on her knees and pray with us. She gave us the foundation we needed to have successful lives and she did so through personal sacrifice and so much love. A mother can do no more than that.”