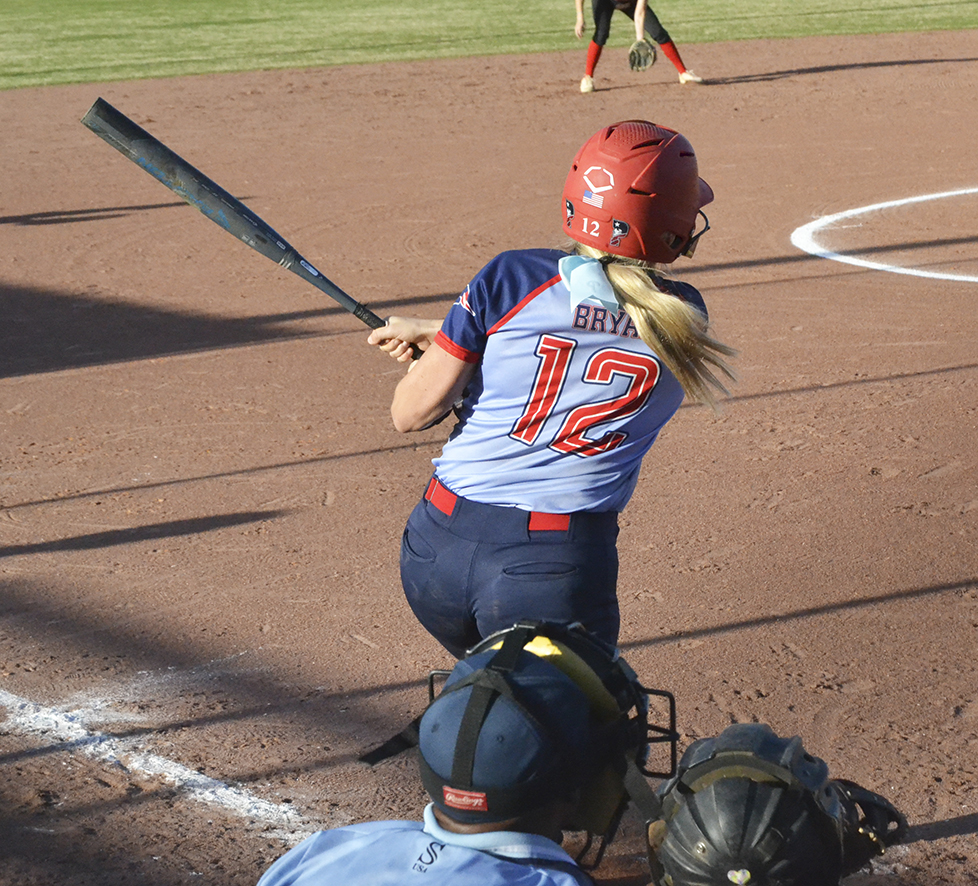 Catcher Emily Bryan was named to the AISA All Star Team. (Photo by Josh Boutwell)

The Pike Liberal Arts Lady Patriots traveled to Eufaula for a doubleheader with Lakeside School on Thursday, dropping both games.

The first game was a full seven-inning contest, which Lakeside won on a late rally by a score of 5-4. After Pike went up 2-1 early, Lakeside responded by scoring three runs in the bottom of the fourth inning to go up 4-2. In the top of the fifth, Emily Bryan hit a line drive single to drive Allie Booth home and cut the lead to 4-3. Lakin Harrell then doubled to drive Addi Maulden home and tie the score 4-4. Lakeside then stole home in the bottom of the sixth to take the 5-4 lead for good as Pike was unable to get back into scoring position in the seventh inning.

Bryan went 3-for-3 at the plate in game one with two doubles, an RBI and a single. Bella Maulden pitched six innings and fanned six batters, while giving up four hits and three earned runs.

In game two, Lakeside held a 3-1 lead going into the fifth inning when Lakeside scored another four runs to secure the win. Ally Rushing earned Pike’s lone hit at the plate, while Yaley McLendon scored the lone run. Rushing pitched all five innings and mowed down 10 batters, while giving up four earned runs. Pike had seven errors as a team.