Charles Henderson hangs on for road win over Pike Road 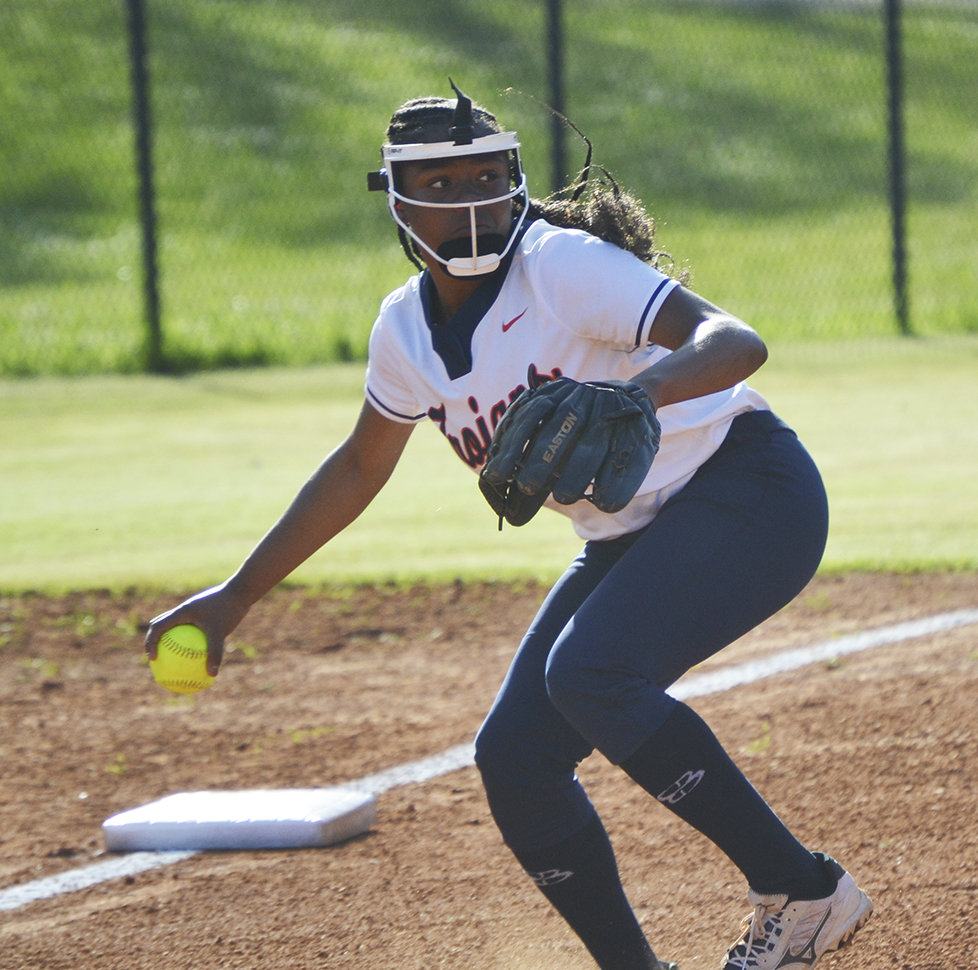 Madison Allen (4) throws out a runner. (Photo by Josh Boutwell)

The Charles Henderson Lady Trojans (23-13) hit the road on Thursday and survived a tough matchup with the Pike Road Lady Patriots by a score of 9-7.

The Lady Trojans wasted no time as Heather Maxwell led off with a solo home run in the first at-bat of the game to put CHHS up 1-0. Charles Henderson extended the lead further in the second inning when Maxwell drove Hannah Sparrow home with a ground ball single followed by Jada Jones and Maxwell scoring on a wild pitch to extend the lead to 4-0.

Pike Road scored a run in the bottom of the third inning to cut the lead to 4-1 but the Lady Trojans responded with some big hitting from Cain and Stella Gilbreath. First, Cain hit a triple into center field to drive Sparrow and Maxwell home and then Gilbreath hit a triple of her own to drive Stewart home and put CHHS up 7-1.

Pike Road was not about to lie down, however, and scored six runs in the bottom of the fourth to tie the score up 7-7. Jones hit a line drive single that drove Madison Allen home in the top of the fifth inning to put CHHS back up 8-7 followed by Gilbreath hitting a double to drive Stewart home in the sixth inning. Charles Henderson managed to hold the Lady Pats scoreless for the remainder of the game and hold onto the 9-7 win.

Gilbreath went 3-for-4 at the plate with a triple, a double and two RBIs, while Maxwell went 2-for-3 with a home run, a triple, two RBIs and three runs. Stewart went 2-for-4 with two runs.

Molly Garrett spent five innings in the circle and struck out four batters, while giving up three hits and one earned run. Sparrow pitched two innings and fanned a batter along with giving up one hit.

Charles Henderson will wrap up the regular season on April 26 with a home game against Ariton. The Lady Trojans host the Class 5A, Area 4 Tournament on May 3.