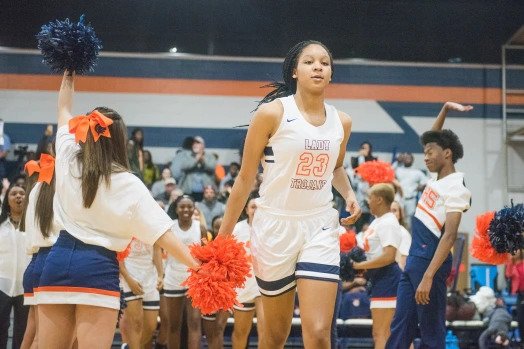 Davenport made her announcement via a post on her official Instagram account after sitting out the 2021-2022 season. Recently, Georgia women’s basketball coach Joni Taylor left Georgia to take over the basketball program at Texas A&M.

“It has been an honor to play for the University of Georgia,” Davenport said in her statement. “I want to thank my teammates, support system, athletics administration, coaching staff and fans for allowing me to be a Bulldog.

“With the change in leadership, I have decided to enter my name into the transfer portal. I am open to all options and look forward to seeing what the universe has in store for me.”

The Atlanta-Journal Constitution reported last year that Davenport had decided to sit out the 21-22 season due to personal reasons. The 6-foot-4-inch Troy native transferred to Georgia for the 2020-2021 season and played in 14 games, scoring a season-high eight points against Tennessee. Davenport began her college career at Rutgers, where she played in 29 games as a true freshman averaging 2.7 points and 2.3 rebounds per game for the Scarlett Knights.

Davenport grew up in Troy and was one of the top high school players in the entire country during her career at Charles Henderson High School. During her high school career, she set an AHSAA record with 19 blocked shots and 25 rebounds in a game and was a two-time ASWA All-State player. She averaged 14 points, 10 rebounds, four blocks and two steals and was an All-American as a senior. She also helped guide Team USA to the FIBA American U18 Championship in Mexico City in 2018.

Davenport will likely be a coveted transfer prospect for a number of Division I programs.