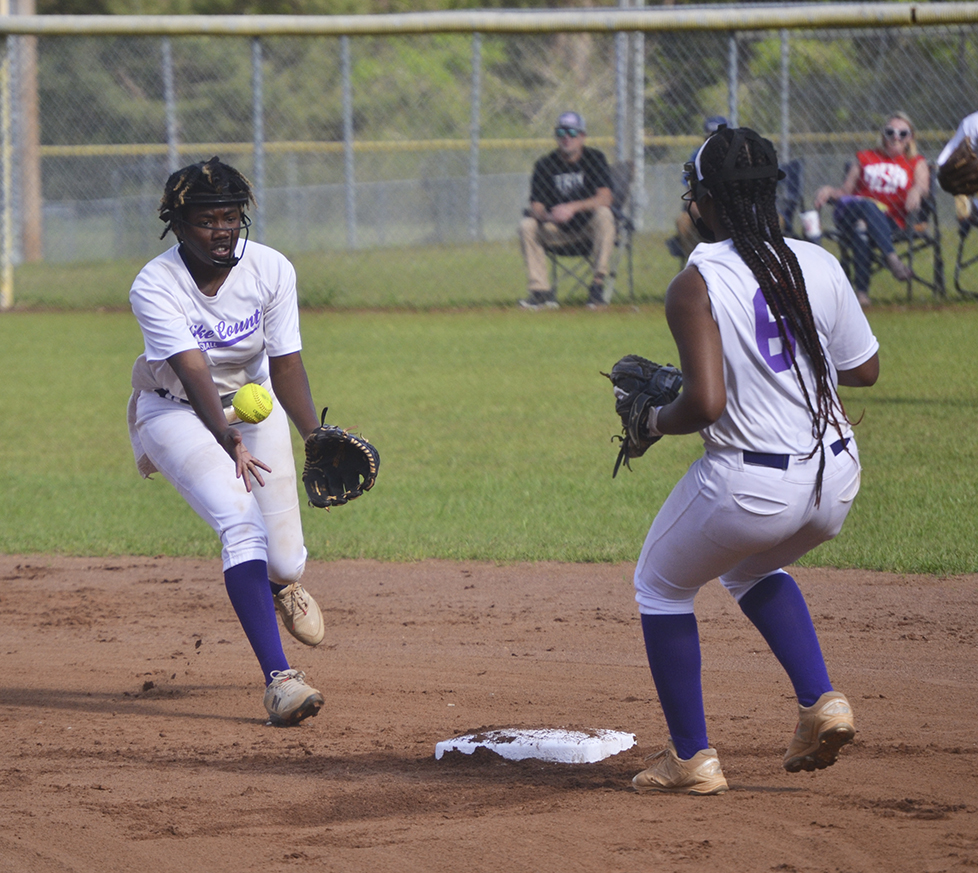 Auriel Moultry (7) flips the ball to Takeyah Smith (6) as the pair go for a double play against Opp. (Photo by Josh Boutwell)

The Pike County Lady Bulldogs dropped a Class 3A, Area 4 matchup with the Opp Lady Bobcats by a score of 4-3 on April 14.

Pike County took a 1-0 lead in the first inning and led 2-0 going into the sixth inning. Opp cut the lead to 2-1 in the top of the sixth, but the Lady Dawgs extended the lead to 3-1 in the bottom of the sixth when Amity White stole home. Opp then exploded with in the top of the seventh inning with three runs to take a 4-3 lead. Pike County was unable to get into scoring position in the bottom of the seventh.

The Lady Dawgs followed that up with a 5-3 home loss to Highland Home on Monday. After getting down 3-0, the Lady Dawgs rallied to score a run in the fourth inning and one in the fifth to cut the lead to 3-2. Highland Home answered with another pair of runs in the sixth inning to go up 5-2. Pike County managed to score another run in the bottom of the sixth but that was as close as the Lady Bulldogs would get.

Griffin went 3-for-4 at the plate, while Moultry went 2-for-4 with two RBIs. Amber Kidd also went 2-for-4 hitting on the day, while Urriya Berry went 2-for-4. Jada Duncan scored two runs and Ae’vionne Burney scored one.