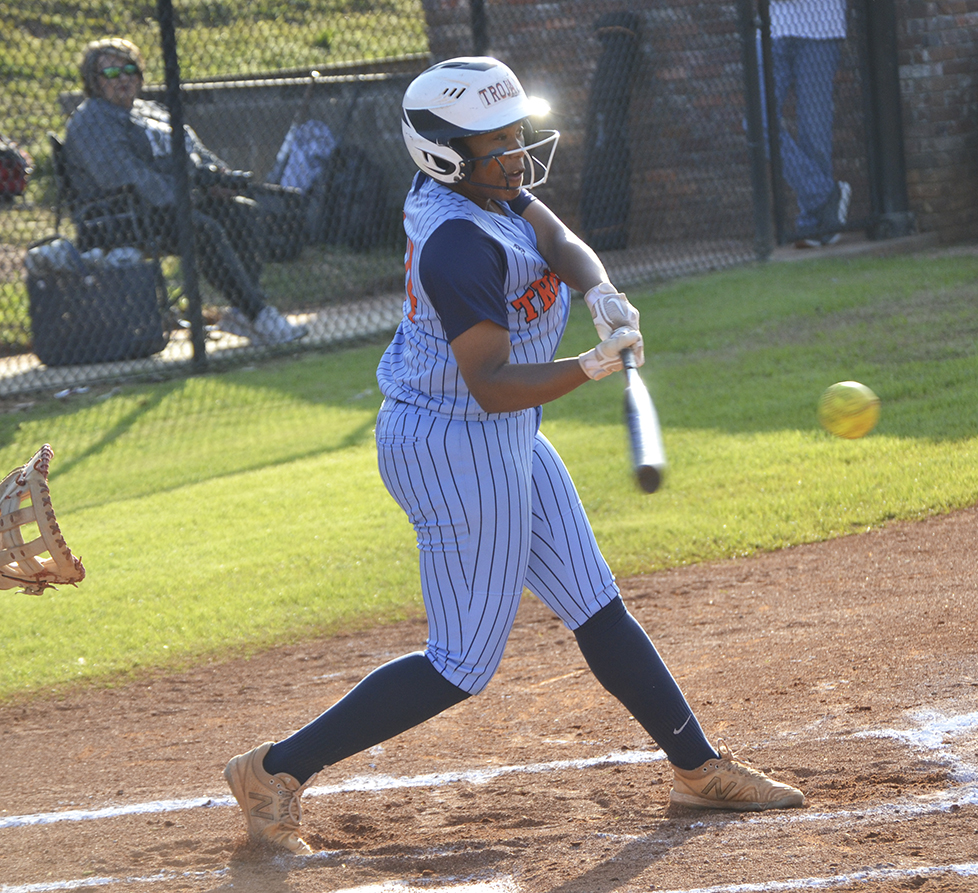 Dakota Berry (44) and the Lady Trojans picked up another area win on Monday. (Photo by Josh Boutwell)

The Charles Henderson Lady Trojans (20-13, 3-0) picked up another area win with a 9-4 victory over the Andalusia Lady Bulldogs on the road on Monday.

Charles Henderson wasted no time jumping out to an early lead as Madison Stewart hit a ground ball single that drove Heather Maxwell home for a quick 1-0 lead in the top of the first inning. Stella Gilbreath followed up with another line drive single to drive home another run and put the Lady Trojans up 2-0. Madison Allen drove Stewart home with a pop fly and Gilbreath scored on a wild pitch to give CHHS a 4-0 lead.

Andalusia cut the lead to 4-1 in the bottom of the second inning, scoring on an error, but the Lady Trojans responded right back in the bottom of the inning as Allen scored on a walk with the bases loaded. Stewart then hit a line drive single that drove Jada Jones and Maxwell both home. Molly Garrett also scored on a wild pitch to put CHHS up 8-1.

Andalusia managed a pair of runs in the fifth inning and one in the seventh, while the Lady Trojans notched another run in the top of the fifth to bring the final score to 9-4 in favor of CHHS.