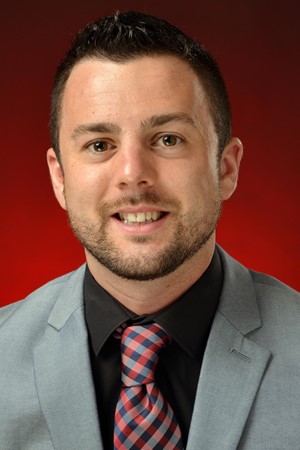 Harrow has been an assistant coach at Troy under Chanda Rigby since 2015 and helped Rigby guide the Trojans to five Sun Belt Championships during that run. In 2017, he was also named one of the Women’s Basketball Coaches Association’s 30 under 30 honorees and was the 2020 National Assistant Coach of the Year by World Exposure Report.

Before coming to Troy, Harrow was a graduate assistant at Valdosta State from 2013 until 2015. He coached the men’s basketball team at BQ Martinenc in Spain from 2010 until 2013, as well. Harrow coached both guards and forwards at Troy.

“Trojan Nation, thank you for seven amazing years,” Harrow said in a statement online. “Thanks to Coach Rigby, (Jennifer) Graf, (Courtney Simmons) and the administration for the opportunity, all the memories and the lessons along the way.

“You have all helped me grow as a coach in your own way. I am so proud of what we have accomplished during this time with five championships, countless graduates and the impact we have made. To the Troy players, you are the most important part of what we do. The championships are yours. The relationships and memories are ours. I’ll forever be thankful for all your efforts.”

The Scotland native is a graduate of Valdosta State and the University of West Scotland, and is one of just three Scottish coaches in NCAA women’s basketball. James Madison will be entering the Sun Belt Conference next season.