Downtown: The perfect spot for TroyFest 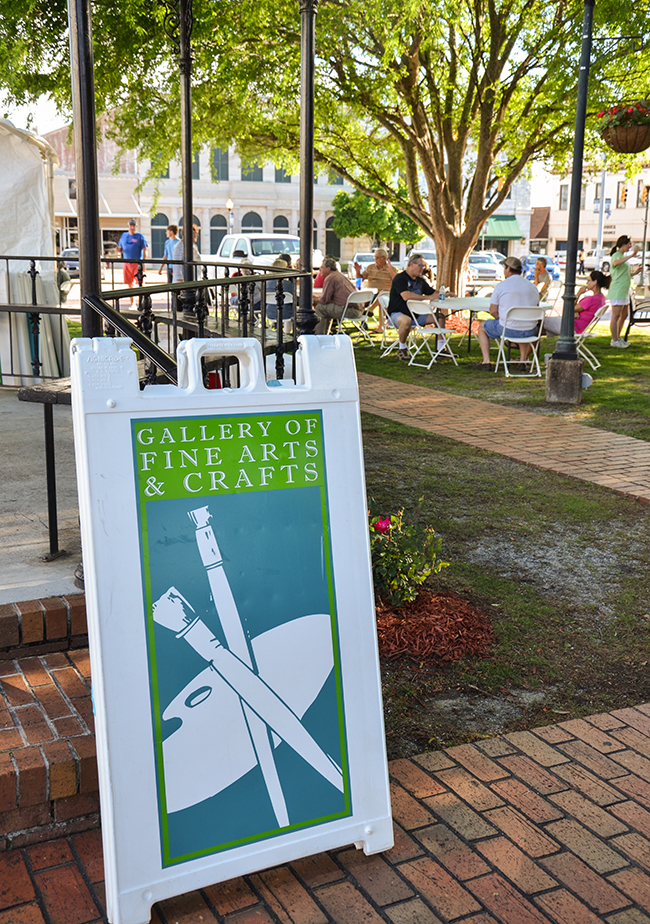 Mack Gibson is one of those who remember TroyFest when it was the Jean Lake Festival and situated beneath the trees and around the bend at the Pike Pioneer Museum.

“We loved the arts and crafts show when it was at the museum and way before it became the major downtown Troy event it is today,” Gibson said. “Where TroyFest is now, on the square, is the right spot. Downtown Troy is the perfect spot for it to be.”

Gibson said those who had the vision for a two-day, downtown Troy arts show had exactly the right idea.

“Downtown Troy now mimics the art world, with two city museums and art shops that are popping up all around town,” Gibson said. “TroyFest is the calling card for artists to come to downtown Troy and show their work and demonstrate their techniques.”

Gibson said TroyFest is one of the major events that takes place in the City of Troy and in the whole county.

“Brenda Campbell and her staff at the Johnson Center for the Arts are working with Troy University and, together, they are bringing, very talented and versatile university students in music, art and dance to downtown Troy,” Gibson said. “Troy is becoming a very involved community. We are not just an every now and then arts community; we are an arts community and how exciting and wonderful that is for all people of all ages.”

Gibson, a former president of the Troy-Pike Cultural Arts Foundation and longtime member of the Troy Arts Council, said Troy is blessed to have young people who understand and appreciate that the arts have an important role in any community.

“These young people are stepping up and taking a part of the load off our shoulders and that is the only way we can keep moving forward in the arts,” he said. “We have to have, we must have, those who are dedicated to giving back to their community; those who understand what it means to be involved. Those are the kind of people who make a community what it needs to be, what we want it to be and what it can be.”

Gibson said when he looks around at TroyFest each year and sees young people involved, he knows that Troy, Alabama will long be known as an arts community.

“That says a lot about a community and its people,” he said. “I’m proud of Troy, Alabama and of TroyFest and I can’t wait to be there.”