Troy jumpstarts series with App State with a shutout win 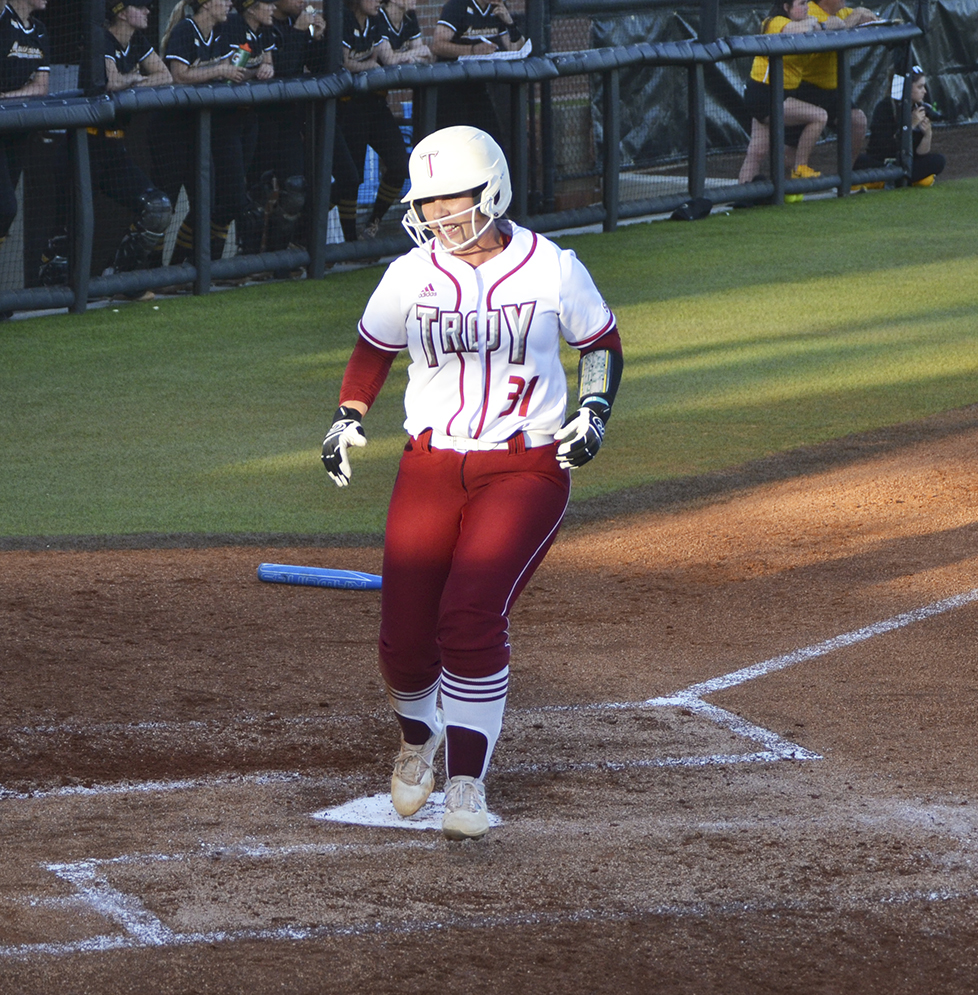 The win snapped a four-game schneid the Troy softball team had been struggling through. Troy pitcher Leanna Johnson earned her 15th win in the circle and her 27th career shutout, as well. Johnson pitched all seven innings and fanned seven batters, while giving up just one hit and three walks on the day.

Troy got on the scoreboard in the first inning on an RBI single from Libby Baker, driving Kelly Horne home. The Trojans added a second run in the second inning when Logan Calhoun hit an RBI double into center field to drive Kennedi Gaton home. Those two runs were all Troy would need with a stellar defensive performance.

“It felt good to get back in the win column, especially in front of the home crowd,” Troy co-interim head coach Taylor Smartt said. “Our offense plated the runs we needed, and Leanna pitched a great game. Kennedi Gaton made some big time plays for us at third base, allowing us to come away with the win.”

The Trojans will host Appalachian State for a doubleheader to close out the series today with the first game starting at 3 p.m. followed by another directly after. Originally, the two sides were to meet once on Friday and once on Saturday but the threat of inclement weather on Saturday has altered the schedule. Also, Troy’s game with the ACC’s Georgia Tech, originally scheduled for April 4, has been moved to April 19.