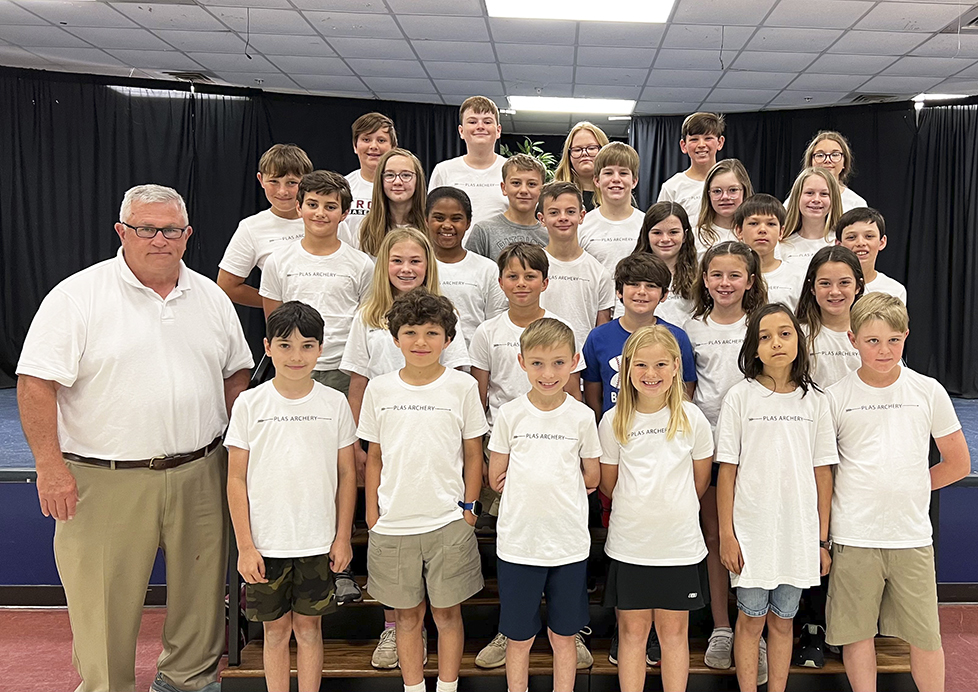 “We were very excited to – after the smoke cleared – be the fifth best team in Alabama when it related to archery in just our first year,” Pike Archery coach Forrest Lee said. “The teams ahead of us have been doing it for a long time but we were able to compete with all of them. We’re super excited for our young archers, who have done everything we asked them to do. Our parents have been very supportive, too.”

Lee said he was most excited about how the team has improved over the first season.

“The thing you love to see is how excited they get when they improve in practice or an in a tournament,” Lee said. “We had one archer who improved over 50 points from our regional tournament in Troy to the state tournament. Each person on our team can see how well they improved over the year and how they respond to coaching.”

Lee thanked Banks Middle School’s Dr. Kim Banks and the Alabama Department of Conservation and Wildlife for their help through this first year but said he had to really thank Auburn student Kyle Goodson, who came to Pike every Wednesday to help with practices. Goodson is a Troy native that was a top archer at Charles Henderson High School before going to college.

Lee said he hopes to expand the archery team to a high school team next season, as well. Pike Archery will host a 3-D Archery Tournament at the Pike Liberal Arts cafeteria, which will serve as a fundraiser for the archery team. The tournament – which will have a $10 entry fee – will compete on both April 22 and April 23. For more information contact Lee at (334) 268-0738 or at flee@pikelib.com