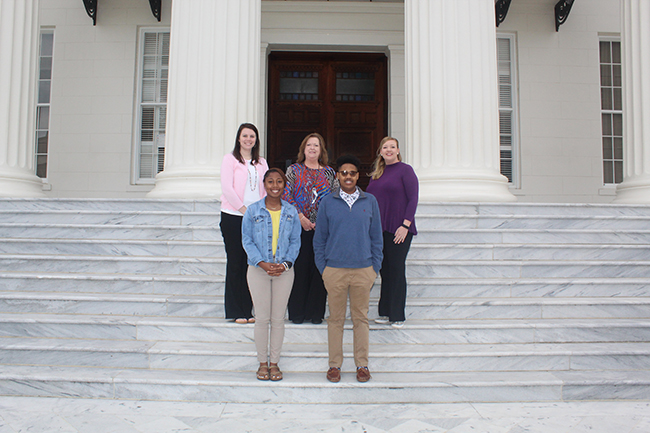 The Bankers 2 Leaders division of the Alabama Bankers Association held its annual Legislative Day in Montgomery on April 13.  Nearly 200 bankers and high school students from all over the state attended the annual event featuring speakers representing key areas of government including a keynote address by Gov. Kay Ivey.

According to ABA President and CEO Scott E. Latham the event is designed to heighten awareness of the students as to how state government works and to encourage involvement in the democratic process at a young age.

“Students actually have the chance to talk with their legislators and state government leaders about issues prevalent in their own communities, while getting a first-hand view of how the legislative process works,” he said. “Bankers in Alabama have a tremendous sense of community and make service to their communities a top priority. Events such as Legislative Day are designed to reinforce and facilitate this priority by giving our bankers the opportunity to interact with students.”

The ‘sog-a’ of Mims Creek