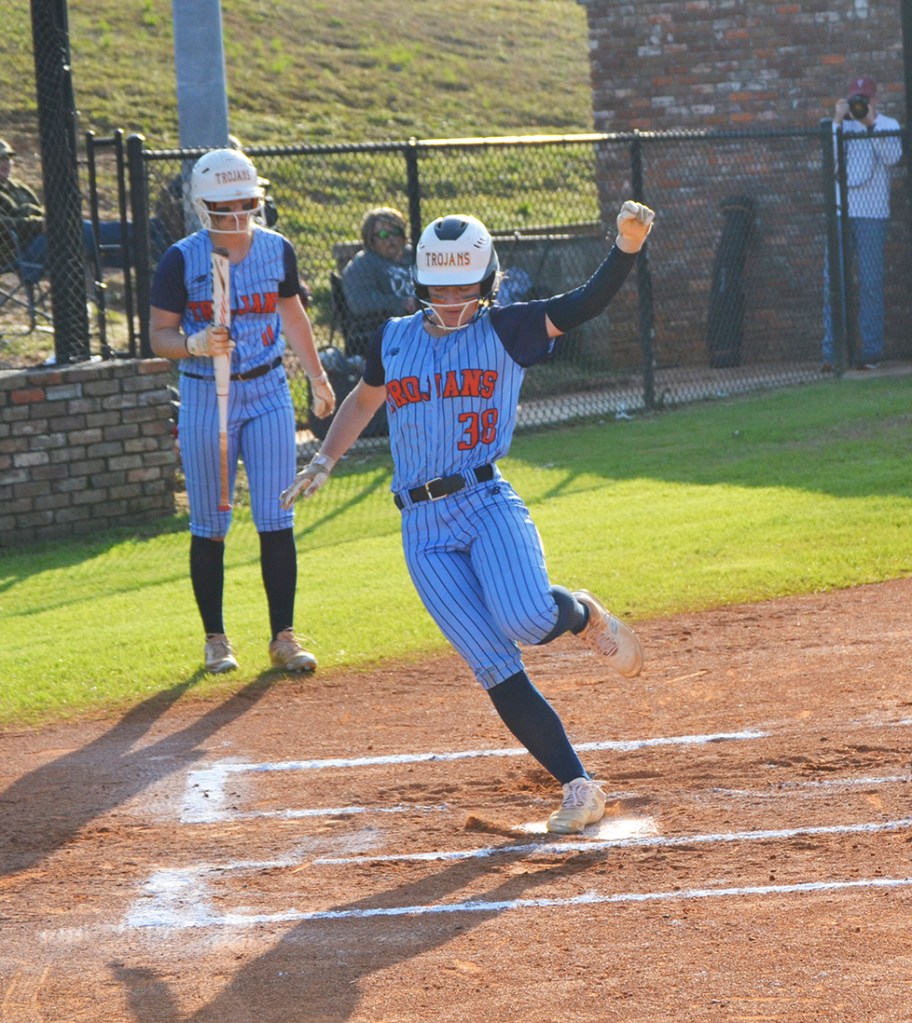 The Charles Henderson Lady Trojans softball team (18-12, 2-0) won their second consecutive area game on Wednesday with a 20-5 win over Greenville on the road.

The Lady Trojans wasted no time jumping out to a 12-0 lead in the top of the first inning as Charles Henderson’s bats came alive. Greenville cut the lead to 12-5 in the bottom of the first but the Lady Trojans scored two more runs in the second inning and then sealed the win with six runs in the top of the fourth inning before the game was called.

CHHS earned 18 hits in 34 at bats and also three Lady Trojans got on base due to a walk or hit by pitch. Heather Maxwell and Olivia Kirkpatrick were both stellar at the plate for Charles Henderson. Maxwell went 4-for-5 with two RBIs and four runs, while Kirkpatrick went 4-for-4 with an RBI and three runs. Kirkpatrick also earned a double.

Madison Stewart also went 3-for-4 at the plate with a home run, two doubles, five RBIs and three runs. Molly Garrett hit a home run of her own and McKenzie Cain scored three runs.

Garrett pitched all four innings and retired five Greenville batters, while giving up three hits and four earned runs on the afternoon.

Charles Henderson has won four of its last five games and will look to continue that host streak this weekend at the Beauregard Softball Tournament.