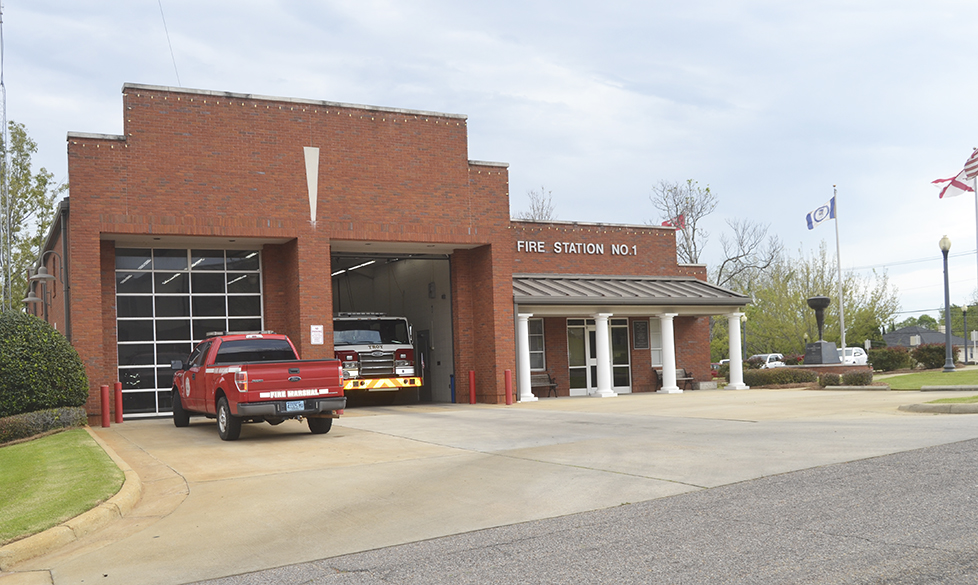 Troy Fire Station No. 1 will be getting a new roof soon. (Photo by Josh Boutwell)

The Troy City Council unanimously approved the re-roofing of one of the city’s fire stations at the April 12 meeting.

According to Troy Fire Chief Michael Stephens, Fire Station No. 1’s roof has been leaking for years and every time one leak would be repaired another leak would pop up. He said that most rooms in the station had leaks in the roof and after meeting with a number of contractors a new roof was recommended.

The new metal roof will be placed over the current one along with a new gutter system by Gardner and Associates in the cost of $126,800, which was budgeted in this year’s budget.

Also, the council unanimously approved the demolition of the annex building behind the Johnson Center on Academy Street due to the building’s deterioration, which includes a collapsed roof. The city will look to repurpose the space in the future.

The council also approved the purchase of a trencher for the electric department at the cost of $97,268.20 to replace the city’s current, 15-year old trencher. The trencher will come to the city with a full warranty despite being a demo unit that was used for demonstrations, which allowed the city to purchase it at a discount of nearly $4,000.

The council also approved the re-zoning of two properties on Corman Avenue into commercial properties. This was the second reading of the resolution for this re-zoning and a public hearing was held with no residents choosing to speak against it. The council also read out a proposed re-zoning of a parking lot on Charold Drive behind the old Troy Messenger building, which Town and Country has purchased. The property is proposed to be re-zoned into a commercial zone from residential. A second reading of the resolution will be held at the next council meeting along with a public hearing. The council also held the first reading of a resolution to re-zone property on Elba Highway from residential to commercial property. A second reading and public hearing for this property will also be held at the next council meeting.

The council’s next scheduled meeting is April 26 at 5 p.m. in the council chambers at Troy City Hall.