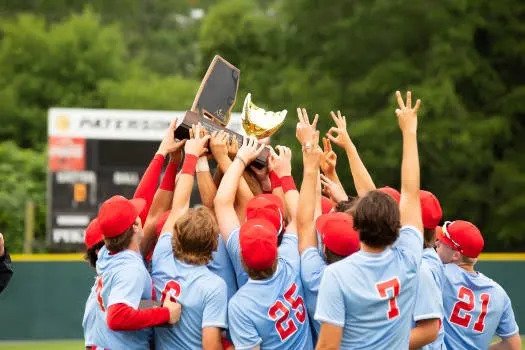 After approval by the AHSAA, Pike Lib will officially join the athletic association on June 1 in time for the 2022-2023 school year. As of this time, the AHSAA has not confirmed what classification or area alignments Pike sports will be included in, but based on the size of the school the Patriots are expected to join Class 2A.

“We’re extremely excited,” Pike Liberal Arts football coach, baseball coach and Athletic Director Rush Hixon said. “It’s been a long process but it’s one where the end goal was to be accepted and become a member of the AHSAA and we’ve reached that goal. There’s a lot of excitement about the future for us as a successful member of the AHSAA.”

Pike has been a member of the Alabama Independent School Association (AISA) since 1970 and will be joining Tuscaloosa Academy as two AISA schools joining the AHSAA this fall.

While Pike will be joining in time for fall sports, the Pike softball and baseball teams will finish out their final seasons with AISA this spring. Because the AHSAA adjusted its class realignments this past fall, the Pike football team will play as an independent for its first two years before joining a region following the 2024 realignment. That means the Pike football team – which has won back-to-back AISA State Championships – will be unable to qualify for the playoffs for the next two seasons. While the Pike football team won’t be able compete for a championship right off the bat, the school’s other sports will be able to.

“There will be some difficulties to it but the way we’re selling it and the reality of it is we’ll be going out there with a chance to be a part of history as the first Pike Lib team to compete in the AHSAA,” Hixon said of his football team being unable to compete for a championship to start off. “We’ll also have a very challenging and unique schedule in those first two years. The end goal is obviously a championship but that isn’t the only goals you have for a team.

“There are a lot of other goals we can accomplish and I think this group has a unique opportunity that no other groups have had to be the first and make history.”

Hixon said that Pike is working to complete its 2022 football schedule in the coming weeks, as well.

Pike Head of School Eric Burkett was also excited about the move to the AHSAA for the student-athletes more than anything.

“This is exciting, not only for our athletic programs and the student athletes, but for Pike Liberal Arts School as a whole,” Burkett said. “This will change the way we have to travel, which will have a huge impact on being able to keep our students in class more.

“It will also provide a new level of competition, which will have a positive impact on our student-athletes. We have been impressed with the AHSAA as an organization as a whole since the first day we started talking to them about making this move. We look forward to a great relationship with them in the future.”