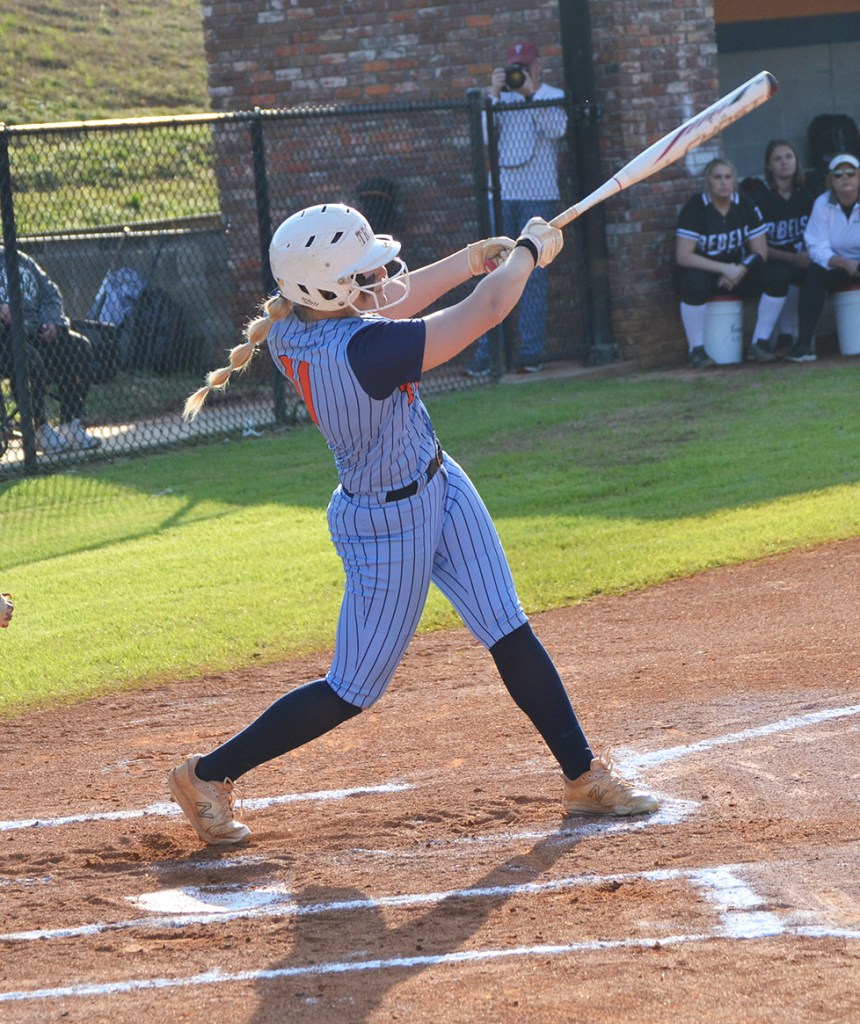 The Charles Henderson Lady Trojans softball team captured a 6-5 win over Andalusia on a walk-off error in a Class 5A, Area 4 showdown.

Charles Henderson went into the sixth inning tied 2-2 with the Lady Bulldogs only for Andalusia to secure a 3-2 lead in the top of the sixth inning. In the bottom of the sixth, however, Troy’s Madison Stewart blasted a three-run home run that also drove Heather Maxwell and McKenzie Cain home and give CHHS a 5-3 lead.

Andalusia answered right back with a home run of its own in the top of the seventh inning to cut the Lady Trojan lead to 5-4. The Lady Dawgs then tied the score on an error. In the bottom of the seventh, Charles Henderson’s Madison Allen reached first base after being hit by a pitch. Hannah Sparrow then bunted allowing Allen to advance all the way to third. Allen then headed home for the winning run on an error as Jada Jones stepped up to bat.

Stewart led CHHS at the plate, going 2-for-3 with a homer, four RBIs and a run, while Sparrow also went 2-for-4. Sparrow pitched all seven innings and retired seven batters, while giving up eight hits and just two earned runs. Allen, Dakota Berry and Stella Gilbreath all earned double plays on defense, as well.