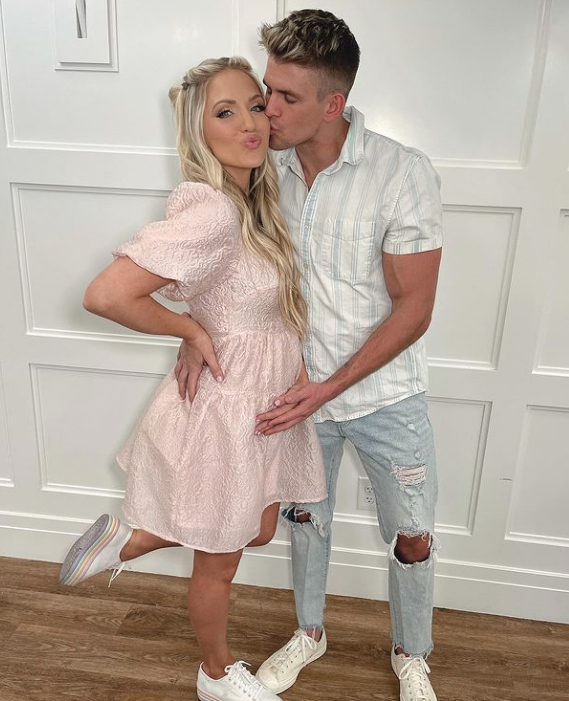 The LaBrants generated support and backlash online over the pair’s documentary this week. (Photo via Instagram)

Cole and Savannah LaBrant are extremely popular social media influencers with a YouTube channel of more than 13 million subscribers.

The documentary has been viewed over 2 million times already with 60,000 likes. It primarily drew backlash over its comparison of abortion in the United States to the Holocaust, in which millions were murdered by Nazi Germany during World War II.

The backlash led to Youtube demonetizing the video – meaning the couple would not be able to make money off ad revenue generated from it – and Instagram completely removing videos related to the documentary from the LaBrant’s Instagram accounts.

“Instagram did take our feed post down,” Cole LaBrant said via Instagram. “This is okay, fortunately we have talked with our team at YouTube and they’re keeping the documentary up there, which is most important.

“They did demonetize and take the video out of the algorithm, which is okay, we assumed this would happen. The biggest thing this does is significantly reduce the video’s reach. The more people the video reaches, the more people who can find help. This makes it where you can really only watch the video if you have a link or go directly to our channel.”

While the documentary received its share of negative comments, the couple also received a flood of positive messages and responses to the documentary, as well. The couple emphasized in the documentary that they were not attempting to get abortion made illegal or shaming anyone as a result of it. The LaBrants also said that any revenue generated from the video would have been donated to “local pregnancy centers.”

“At this point we’ll leave the message in God’s hands and trust that whoever is supposed to watch it, will watch it,” Cole LaBrant said. “You guys have supported this so much and we’re so thankful. If you feel lead, please share the documentary with people you know.”

Cole LaBrant is a Troy native that attended both Enterprise High School and Troy University before first becoming known nationally for appearing on the “Amazing Race” on CBS.

Cole LaBrant became known to social media in 2013 as a member of the popular “Dem White Boyz” channel alongside friends Baylor Barnes and John Stephen Grice. The trio became popular enough from their Vine videos that they earned their own clothing line with Water Bluff Clothing Company.

Cole LaBrant and his mother competed on “The Amazing Race” in 2016, when he was a student at Troy University. He then earned minor roles in a number of TV series and short videos, including a short for the “Jurassic Park” franchise.

He married California native and photographer and fashion blogger, Savannah Soutas, in 2017. The couple created a popular Youtube channel together “Cole&Sav,” gaining millions of subscribers. They went on to write a book together and both of them have become influencers on Instagram, TikTok and other social media platforms. Savannah LaBrant is one of the most-followed personalities on TikTok in the world. The pair have a combined 10 million followers on Instagram.

The two shared mainly Christian-based family videos on their YouTube with little backlash until the release of their abortion documentary.