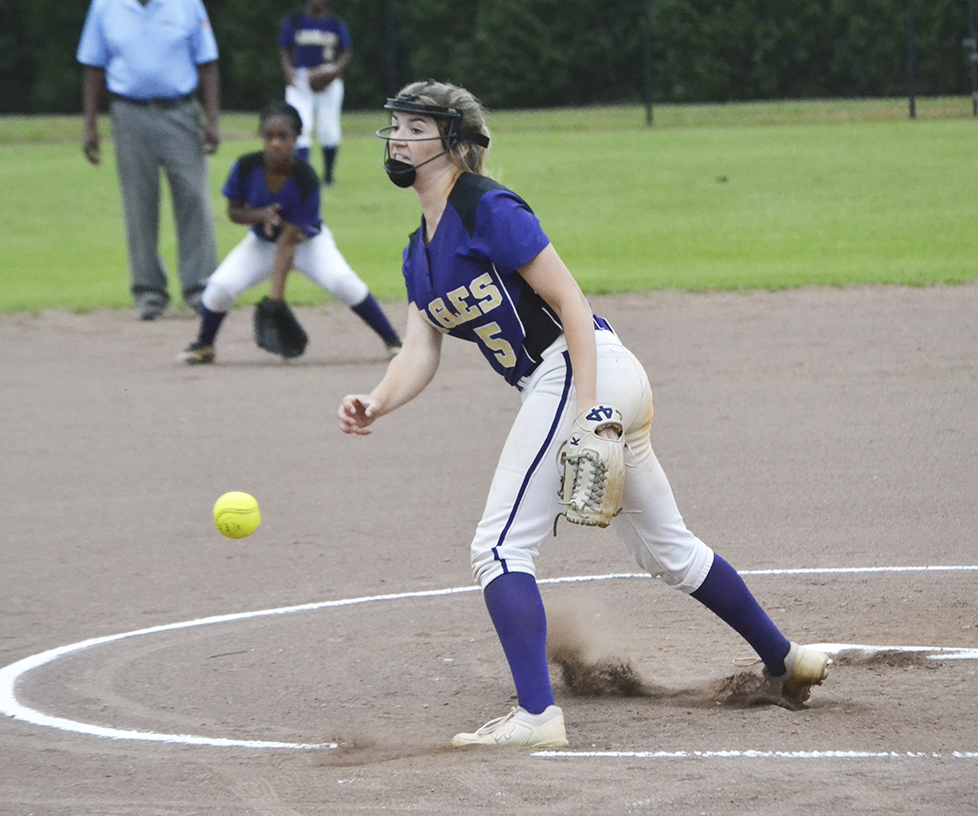 Kaci Wilkes earned the win in the circle against Highland Home. (Photo by Josh Boutwell)

The Goshen Lady Eagles softball team picked up a narrow 6-5 win over the Highland Home Flying Squadron at home on Tuesday.

Kaci Wilkes led Goshen both at the plate and in the circle as she went 3-for-4 at the plate with a home run, an RBI and a run. She also pitched all seven innings and fanned three batters, while giving up five hits and two earned runs. Haley Sneed also went 2-for-2 at the plate with two RBIs and one run.

The Goshen baseball team also traveled to Elba on April 12 but were shutout 9-0 on the road. Goshen managed just four hits as a team with Danny Cooper, Tyler McLendon, Peyton Stamey and Hunter Nobles all earning a single hit.

Against Elba, six different Eagle pitchers hit the mound. Cooper allowed three hits and three earned runs in one inning pitched, while Stamey struck out a pair of batters and didn’t give up a hit or run in his inning. Andrew Galloway and Nick Walters each struck out two batters, as well. Defensively, Goshen had six errors.