Patriots thrash Edgewood on the road 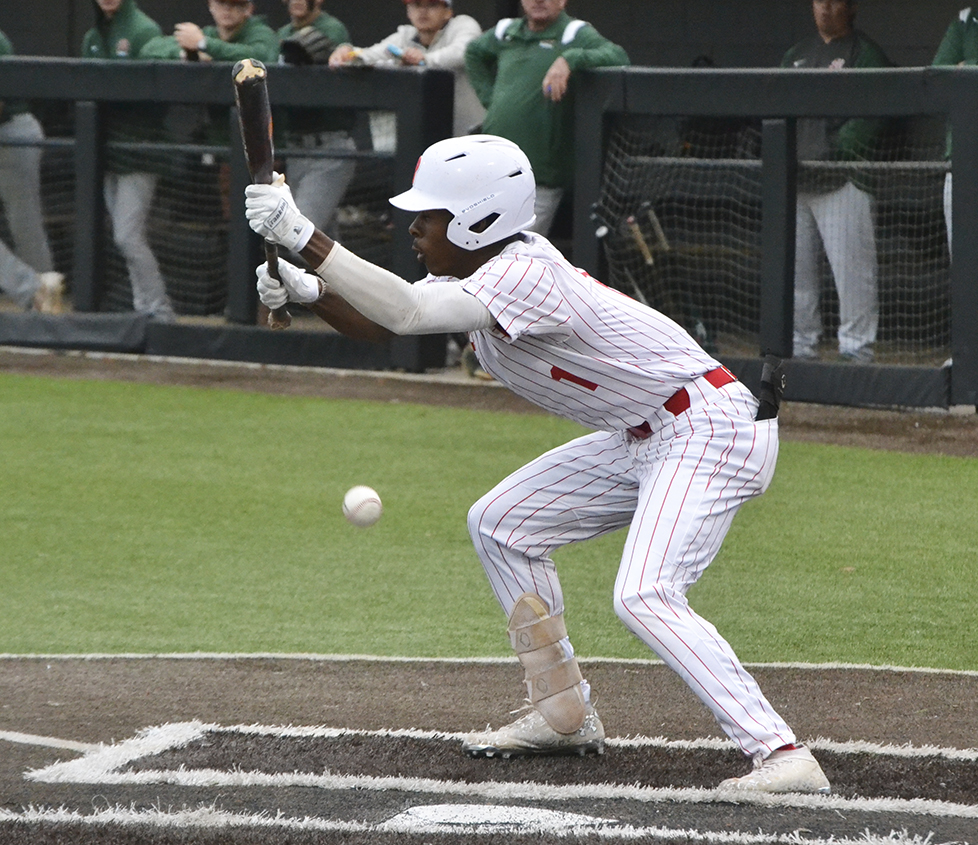 Darryl Lee (1) had a big day at the plate against Edgewood. (Photo by Josh Boutwell)

The Pike Liberal Arts Patriots baseball team traveled to Edgewood Academy on March 11 and picked up a resounding 11-1 win.

Darryl Lee led Pike at the plate, going 2-for-3 with an RBI and a run, while Arden Wiser went 2-for-4 with an RBI. Jayden Jordan scored three runs on the afternoon, while Cason Eubanks and Drew Nelson each scored two runs.

Pike’s dominant pitching continued against Edgewood as Kade Brookins struck out six batters, while giving up just four hits and one earned run. Luke Barron pitched two innings and fanned three batters along with allowing just one hit on the afternoon.

Pike has given up just one run in the past four games and the Patriot pitchers have allowed just four hits and one run in those games. The Pike pitching staff has also combined to strike out an eye-popping 36 batters during that span.