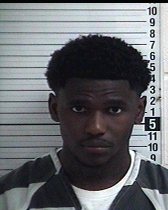 A pair of Alabama men, including a Troy native, were arrested and charged in connection with the Spring Break incidents that occurred in Panama City Beach, Fla. on the weekend of March 26. 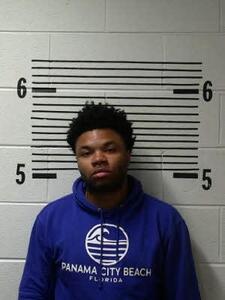 Demarion Cooper, 20, of Troy, and Rashad Glasper, 25, of Wetumpka, were both arrested on April 7 at their homes. The pair were arrested on warrants for inciting or encouraging a riot.

A number of incidents occurred in Panama City Beach over the weekend of March 26, including destruction of property, fighting and a shooting. According to the media reports, both Cooper and Glasper were allegedly seen with guns throughout the weekend.

“They were seen with guns multiple times throughout the weekend, both on surveillance video and by eye-witnesses,” Panama City Beach Police Chief JR Talamantez told WBRC in Florida. “Their posts on social media incited a lot of the activity that we saw during the weekend. For instance, Mr. Cooper in the height of all of the criminal activity that we saw, posted something to the effect of ‘mask up, glove up, let’s burn this place down.’ If that does not seem like it’s encouraging destruction, I don’t know what is.”

Cooper was transported to Bay County Jail in Florida on Thursday and Glasper is currently being held in Elmore County Jail awaiting extradition. According to the Bay County Sheriff’s Office website, Cooper has not had bond set as of yet. Investigations are still ongoing regarding the alleged criminal activity of the March 26 weekend.

Energetic Trojans gear up for second scrimmage of the…