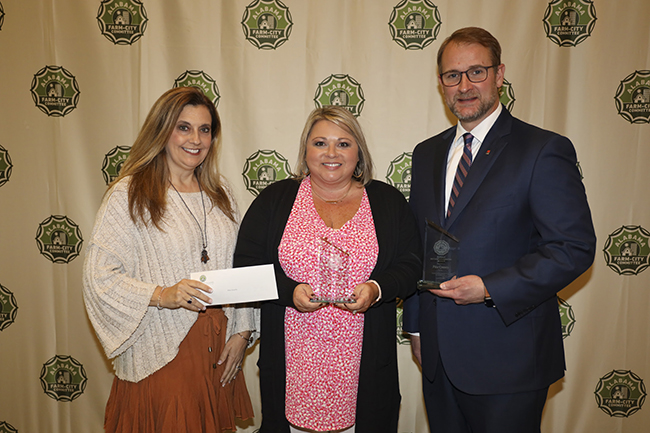 Bridge builders from Franklin and St. Clair counties took top honors at the Alabama Farm-City Awards Program for their work to cultivate understanding between farmers and their urban neighbors.

“Down to Earth highlights our shared responsibility for protecting the environment,” Helms said. “It reminds all Farm-City participants of their connection to Earth. Most importantly, Down to Earth provides a forum to understand the importance of sustaining farms and forestland for future generations. To do so, farmers must have the resources, tools, markets and financial opportunity to succeed.”

Farm-City Week was conceived in 1955 and is observed each year the week before Thanksgiving. Alabama’s 2021 observance was the primer for a year-long Down To Earth educational campaign developed by the Alabama Farmers Federation and other agricultural organizations.