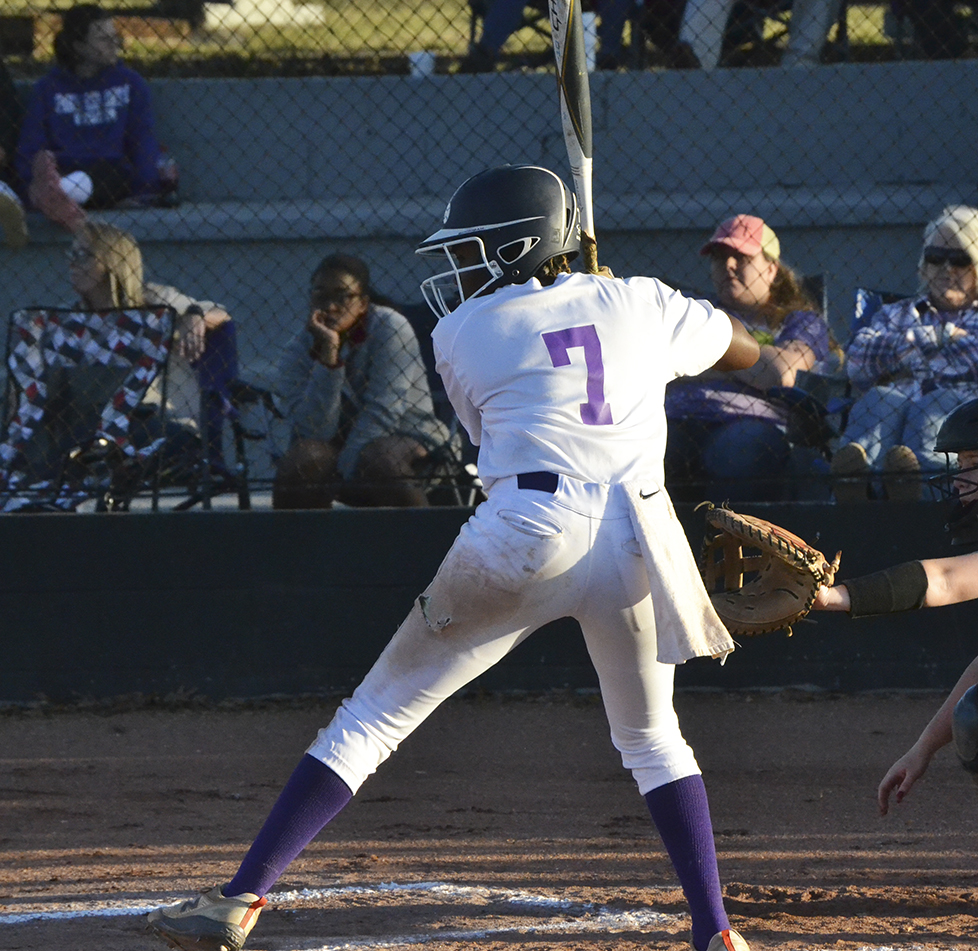 Auriel Moultry (7) had a big day at the plate for Pike County on Thursday.

The Pike County Lady Bulldogs hung on for a 4-3 win over the Luverne Lady Tigers at home on Thursday.

In the seventh inning, Luverne managed to score a run on an error – facing two outs – to bring Luverne within one run, but Pike County pitcher K. Wilkerson struck out the very next batter to seal the 4-3 win.

Moultry led Pike County at the plate, going 3-for-4 with a double, two RBIs and a run. Dunan scored two runs. Wilkerson pitched six innings and struck out six batters, while giving up five hits and one earned run. Walker also pitched an inning and gave up one hit and no runs. Kidd had nine putouts on defense, while Moultry had six. Both had perfect fielding percentages with no errors, as well.

The Pike County baseball team, however, were tripped up 13-2 on the road on Thursday by the New Brockton Gamecocks. Pike County managed just two hits on the day, while the Gamecocks went 12-for-24 at the plate.

Omari Borrow and Thomas Countryman earned Pike County’s only hits, while Kemel Flowers and Antonio Patterson earned one run each. Jakelmon Glasco pitched two and 2/3 innings, while striking out a pair of batters and giving up 10 hits and 12 earned runs.

New Brockton was led at the plate by Kaden Cupp, who went 3-for-4 with an RBI and three runs. ESCC signee Drew Cashin pitched all five innings for the Gamecocks and gave up just two hits and two earned runs, while mowing down 15 Bulldog batters.