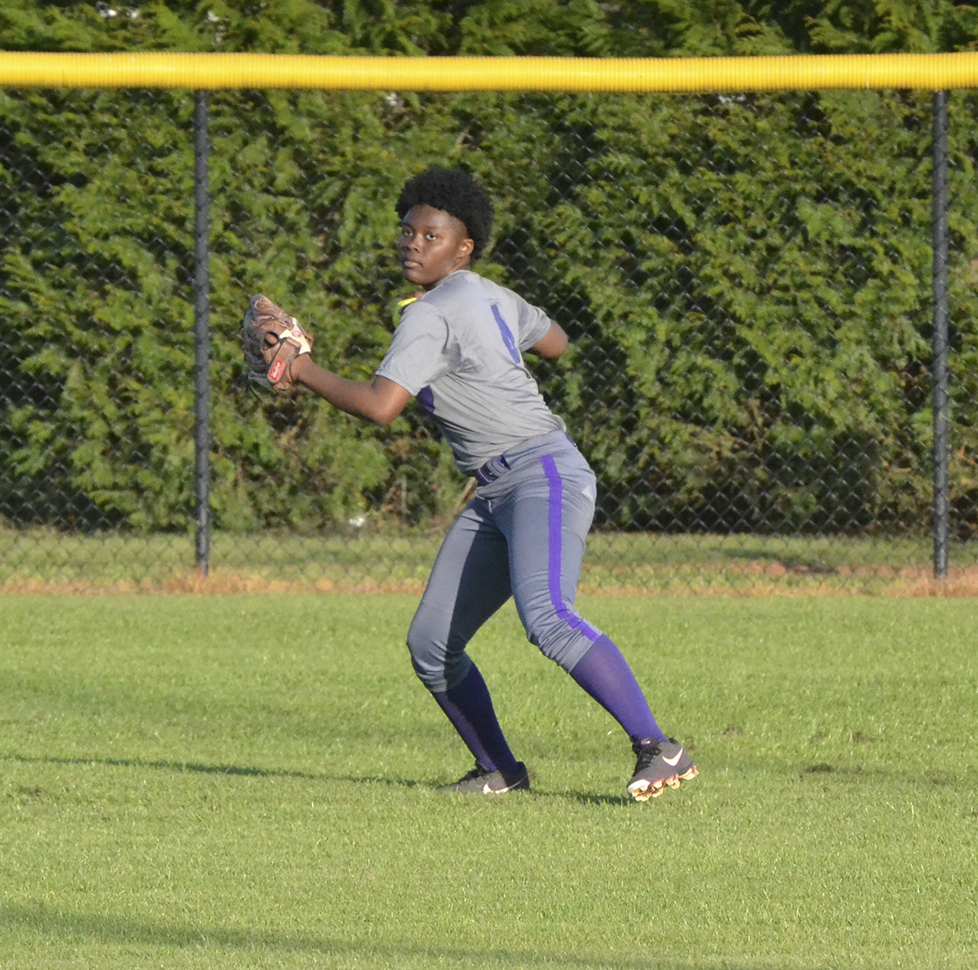 Amber Vickers (4) and Goshen picked up a win over Russell County on Thursday. (Photo by Josh Boutwell)

The Goshen Lady Eagles softball team picked up a dominating 15-3 win over Russell County on April 7, while the Pike Liberal Arts Lady Patriots fell to Ezekiel Academy by a score of 12-5.

Goshen was led at the plate by Kaci Wilkes, who went 2-for-4 with a grand slam home run and four RBIs. Passion Sheppard also went 2-for-3 at the plate. Wilkes got the win in the circle, as well. She allowed six hits and no earned runs, while mowing down 13 batters on the day. 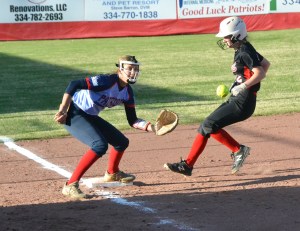 Ally Rushing (4) tries to catch a runner trying to steal third base. (Photo by Josh Boutwell)

Pike struggled at the plate against Ezekiel, earning just four hits on the afternoon. Riley Burkett led Pike with two hits, while Ally Rushing and Bella Maulden earned the other hits. Rushing also scored two runs, while Allie Both, Lakin Harrell and Burkett scored one run each.