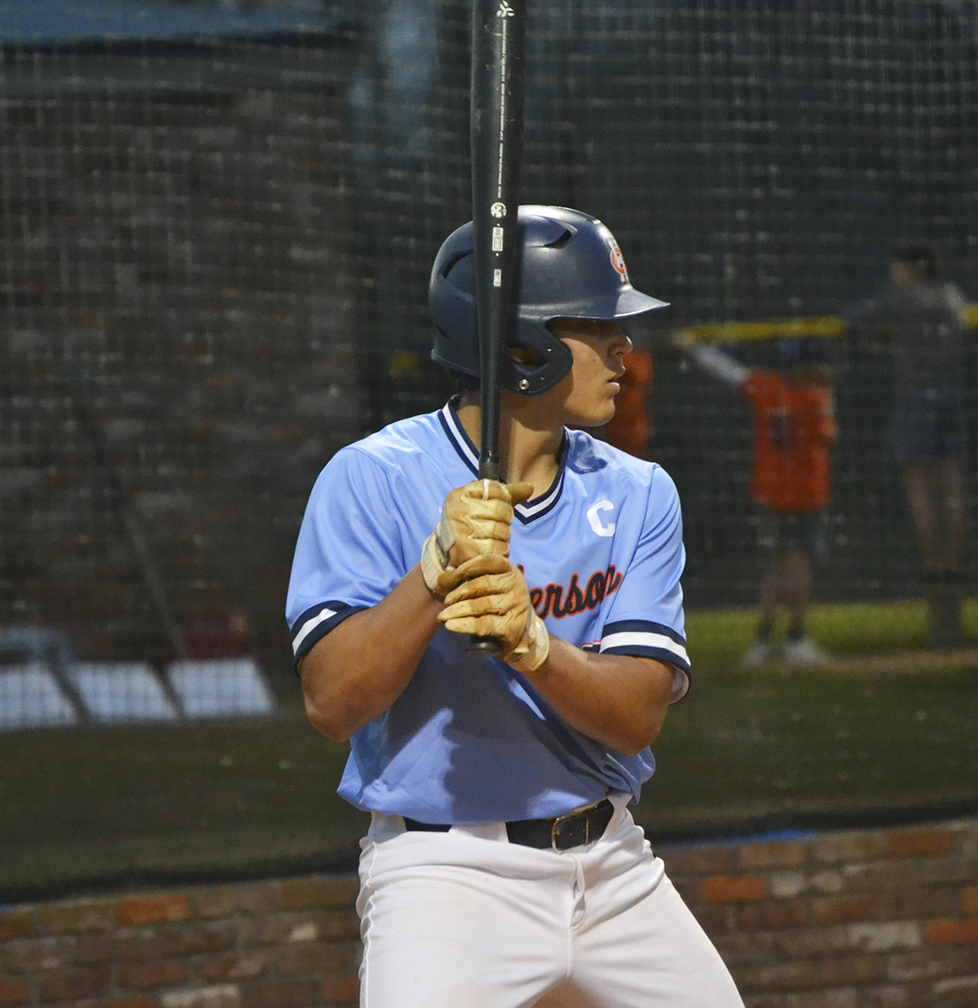 : Will Templin (5) and the Trojans bested Andalusia on Thursday. (Photo by Josh Boutwell)

The Charles Henderson Trojans baseball team picked up their second straight win with a 3-1 win over the Andalusia Bulldogs on April 7.

The Trojans jumped ahead 2-0 in the first inning after Tyler Martin hit a double into center field to drive home both Will Templin and Parker Adams. Andalusia cut the Trojan lead to 2-1 in the top of the fourth inning but Charles Henderson stretched the lead back out to 3-1 in the sixth inning when Kevin Yeoman hit a ground ball single to drive Brody Wilks home. Andalusia was never able to get back into scoring position and Charles Henderson held on for the win.

Yeoman, Wilks, Martin and Templin each earned one hit on the day, while Martin also earned a pair of RBIs.

Brady Huner pitched all seven innings and mowed down 12 batters, while giving up three hits and one earned run.