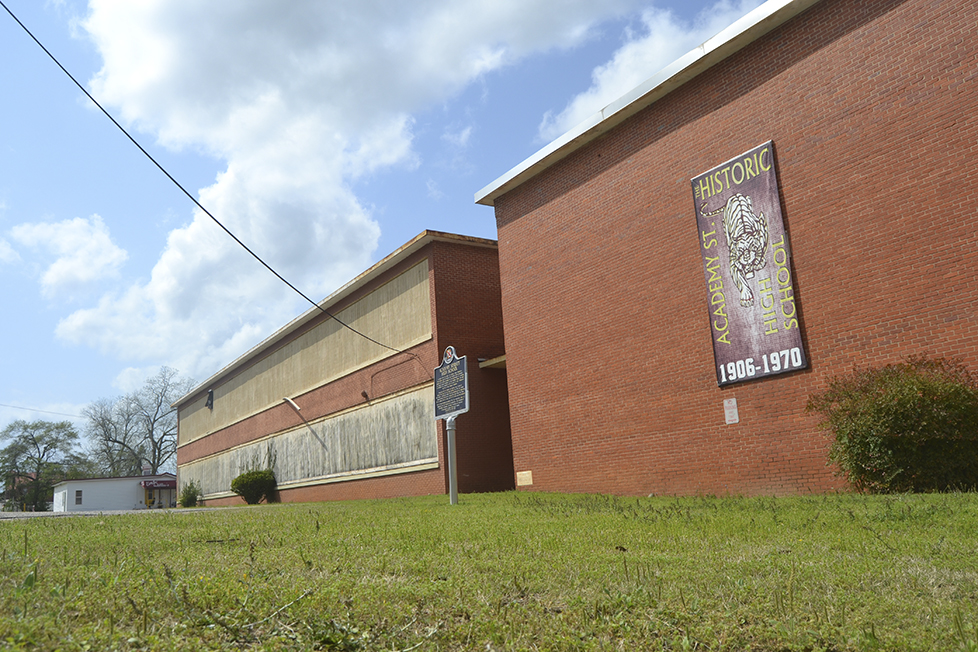 The City of Troy has had plans to refurbish the old Academy Street High School – which was the city’s school for African-American students during segregation – for a number of years and the project is expected to get underway later this year.

In 2018, Troy Mayor Jason Reeves was a part of DesignAlabama’s Mayors Summit and he presented the idea for the refurbishing of the old school, which was then selected by DesignAlabama to be one of the projects it helps. The city also received a $250,000 Community Development Block Grant to help with the project.

Academy Street School served as the city’s high school for African-American students from 1946 until 1970. The city wanted to refurbish the original Troy High School in a similar manner but was unable to.

“(The old Troy High) was not able to be saved. It deteriorated to a point where it couldn’t be saved,” Reeves said. “There’s been a lot of interest for many years from the alumni, the community and the neighborhood to save (Academy Street School).”

Reeves said that the city hoped to begin the project in time for the 50th anniversary of the final graduating class but the COVID-19 pandemic but a damper on those goals. He said, though, a contract with the project’s architect is expected to be completed this month, which will allow it to finally move forward.

“We feel like it will be a real boost to the community,” Reeves said. “It’s an opportunity for historic preservation and community development. There’s a space there where we can do everything from programs for young people to job training to adult education and kind of serve as a community center.” 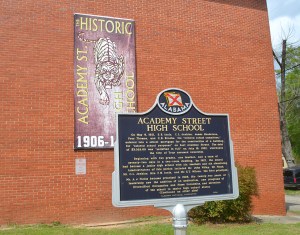 A historic marker in front of the old Academy Street School honors the tradition of the school.

Reeves said that the city would look for input from the community, and especially alumni, on what sort of programs will be served at Academy Street.

“We’re hopeful we’ll get some input from the alumni and they’ll be able to come back and enjoy the fact that something that was so important to the community for so long is coming back to life,” Reeves emphasized.

Reeves said that he believed the project would be completed in the next 18 months to two years but believes it will begin by this September.

“We hope it won’t take that long but I’d like to get it started by at least the end of this fiscal year – which is in September – and it would be great if we could have it completed by the end of next fiscal year,” Reeves continued. “That’s probably a little optimistic but I would say 18 months to two years is the time table we’re looking at. It may be quicker than that, though.”

The city will look to refurbish the classrooms in the building along with the old cafeteria and a separate building on the backside of the property in future phases of the project. Reeves also pointed to the baseball field behind the school at Academy Park that could potentially transition into a amphitheater because of the natural amphitheater look it has with the hill surrounding it, descending down from the school to the field.

“This is an opportunity to save a historic structure and also provide space for the community to do some good things,” Reeves reiterated.