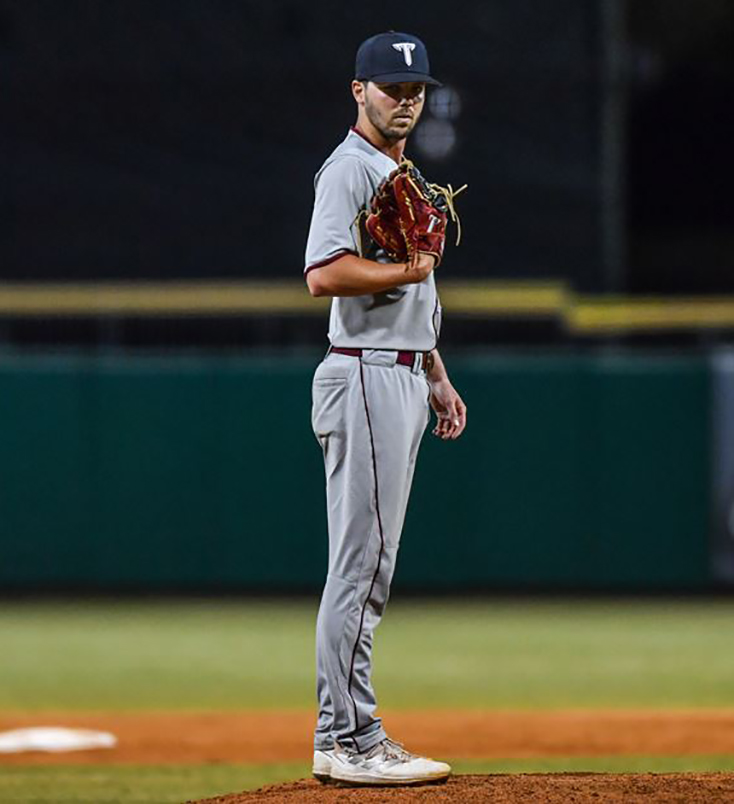 The Troy Trojans baseball team (18-10) dropped a game by a score of 5-4 on the road to Southeastern Louisiana on Wednesday night.

Troy lost on a walk off single in the bottom of the ninth inning. Troy led for almost the entirety of the game, however. Troy took a 1-0 lead in the first inning when Jesse Hall homered. SE Louisiana hit a homer of their own in fifth inning to tie the score.

Troy answered in the sixth inning when Trey Leonard hit a two-run homer to put Troy ahead 3-1. Kyle Mock singled in the seventh inning to extend the lead to 4-1, as well. SE Louisiana then rallied in the ninth inning to score four runs and secure the 5-4 win.

Rigsby Mosley pitched four and 2/3 innings with five strikeouts, while giving up two hits and one earned run. Ryan Pettys pitched two innings and fanned three batters, while giving up no hits or runs. Clay Stearns and William Sullivan each earned eight putouts on defense.

Troy will remain in Louisiana and look to bounce back in a Sun Belt Conference series with Louisiana-Monroe this weekend with games on Friday, Saturday and Sunday.