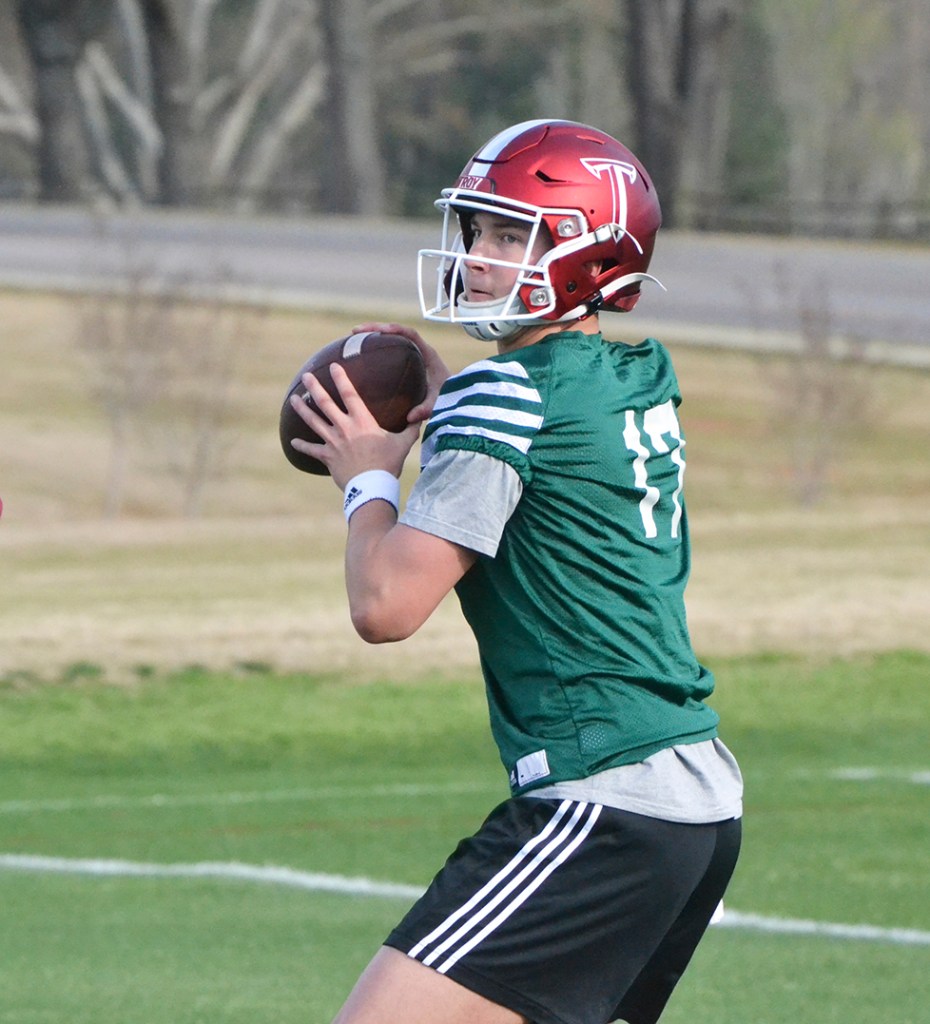 Troy quarterback Kyle Toole has announced that he will be entering the transfer portal. (Photo by Josh Boutwell)

Toole has been participating in Troy’s ongoing spring practices, and got reps during Saturday’s first scrimmage of the spring.

“I would like to start by saying ‘Thank you,’ to Troy University for the last two years,” Toole said in a statement via Twitter. “I have met some great people and developed lifelong friendships. With that being said, I have decided to enter the transfer portal with four years of eligibility remaining and explore all options.”

He’s a Leesbrug, Ga. native that led Lee County High School to back-to-back state championships in his sophomore and junior seasons. He threw for 3,072 yards and 34 touchdowns in his junior season.

Toole’s departure leaves just Gunnar Watson, Quayde Hawkins and Will Carn as the only quarterbacks on roster during the spring.