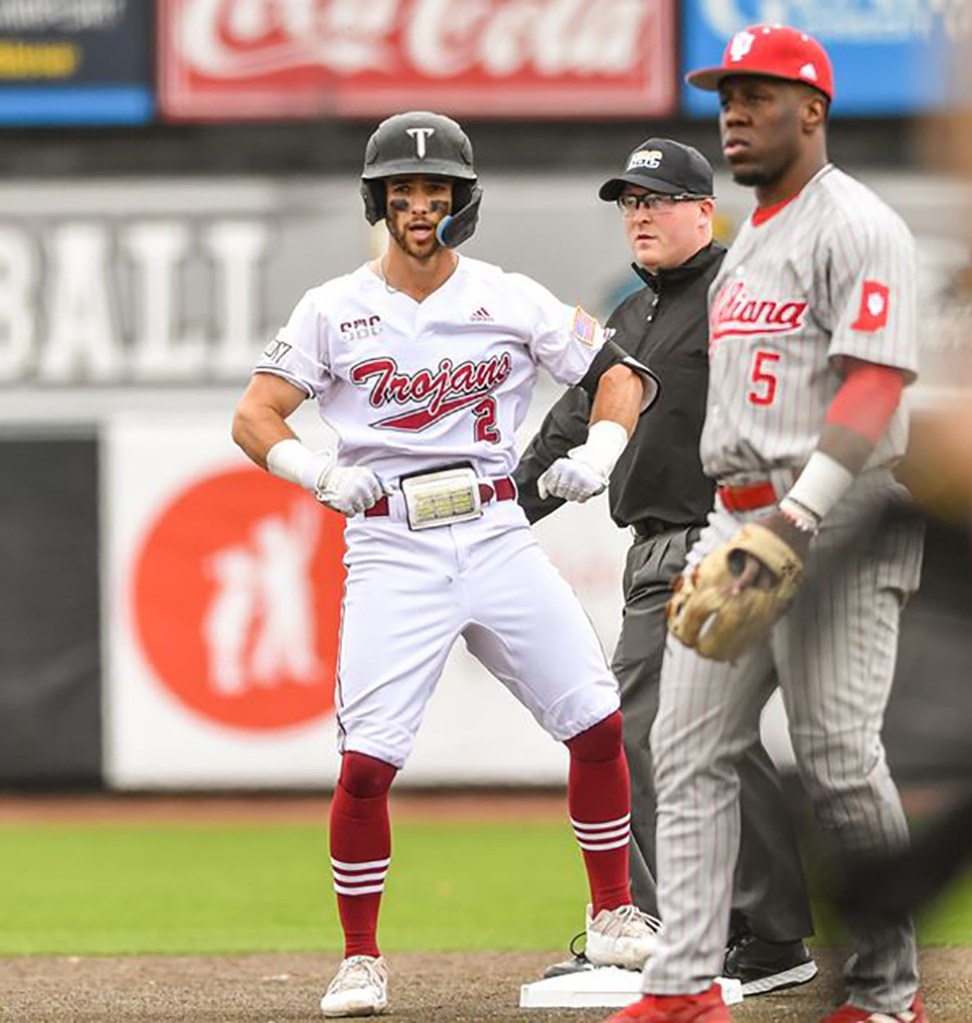 Jesse Hall hit a walk-off single in the first of three games against Little Rock this weekend. (Photo courtesy of Troy University Athletics)

The Troy Trojans baseball team hosted the Little Rock Trojans for a Sun Belt Conference series this weekend and lost 2-of-3 games at home.

Troy started out the series with a 5-4 win on April 1 after Jesse Hall hit a walk-off RBI single in the bottom of the ninth inning, with the game tied 4-4, to drive William Sullivan home for the winning run. Sullivan also went yard twice in the first game. Little Rock turned the tide of the series on March 2, after getting down 3-0 going into the fourth inning. Little Rock scored four unanswered runs to pick up a 4-3 win. Little Rock secured the series win by besting Troy 10-6 on April 3.

Brady Fuller pitched six innings during the series with six strikeouts, while giving up four hits and one earned run. Clay Stearns earned 28 putouts and one assist on defense in the three games.

Troy travels to Louisiana this week for a game with Southeastern Louisiana on April 6 and then a conference series at Louisiana-Monroe April 8-10.